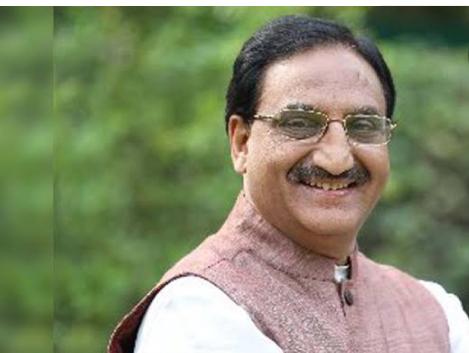 It’s my singular honour and privilege to give the valedictory address to the orientation programme inaugurated by the Honourable Speaker, Lok Sabha, organised conjointly by the Government of Uttarakhand (UK) and the Lok Sabha Secretariat for the representatives of the Panchayati Raj Institutions (PRIs) of UK for ‘strengthening decentralised democracy’. The Speaker is very aptly considered as the symbol and testament of our democracy, and therefore his inaugural address holds great significance. The objective of this orientation programme is to create awareness about PRIs so that the elected members of the Panchayat, Block and District level discharge their constitutional responsibilities and obligations efficiently and effectively.

I earnestly believe and trust that this orientation will provide a rich exposure to the democratic principles and ethos,and how the PRIs strengthen democracy by power sharing and decentralisation.

As we all know, the system of village panchayats in India belongs to the hoary past. In ancient times, the village formed the basic unit of social and economic life. ‘Sabha’ and ‘Samiti’ existed during the Vedic times. There are extensive references found in Samhitas, Dharmasashtras, Upanishads, Jatakas, and in rock edicts about republican local administration. With the passage of time, these sabhas got moulded in the form of Gram Panchayats. In the pre- independence time, to quote Sir Metcalfe, the Provisional Governor General of India in 1835-36, ‘the Indian village communities were little republics’. The term of ‘local self-government’ had its mention in Lord Ripon’s famous Resolution of 1882 in which he recommended that the smallest administrative unit at the subdivision or taluka or tehsil level – shall ordinarily be placed under a local board, which would further be controlled by the District Boards. Later, the Montague-Chelmsford Reforms, 1918, the Government of India Acts, 1919 and 1935 gave further impetus to the development of local institutions.

During the freedom struggle, Mahatma Gandhi and Vinoba Bhabe advocated ‘Gram Swaraj’ as an effective and permanent participatory machinery for democratic decentralisation according to the true genius and tradition of India. Gandhiji stoutly believed that only through ‘Gram Swaraj’ the dream of ‘Ramrajya’ could be attained.

After independence, recognising the importance of village panchayats, our Constitution makers included a provision for Panchayats in Article 40 in the form of a Directive Principle of State Policy which enjoins that the ‘State shall take steps to organise village panchayats and to endow them with such powers and authority as may be necessary to enable them to function as units of self-government’. Article 246 of the Constitution also empowers the State legislature to develop local bodies into efficient instruments of administration. The organisation and structure of Panchayati Raj was first recommended by Balwant Rai Mehta Committee in 1957. More reforms were suggested by the Ashok Mehta Committee in 1978, Takhatmal Jain Study Group in 1966, GVK Rao Committee in 1985 and Dr LM Singhvi Committee in 1986. The Singhvi Committee recommended constitutional status for Panchayati Raj institutions and also constitutional provisions to ensure regular, free and fair elections to the Panchayati Raj Bodies.

The 73rd and 74th Constitutional Amendments, 1992, were a significant landmark in the evolution of grassroots democratic institutions and local bodies in India. The Local Bodies – ‘Panchayats’ and ‘Municipalities’, since enshrined in Parts IX and IXA of the Constitution, aim to make democracy functional at the local level, driven by citizens’ needs and with their participation. Panchayats have been mandated for economic development, strengthening social justice and implementation of Central and State Government Schemes including those 29 subjects listed in the Eleventh Schedule of the Constitution of India. As per the 73rd and 74th Constitution Amendments, not less than one-third of the total seats are reserved for women in all elected offices in local bodies whether in rural areas or urban areas. Sharing powers and responsibilities of the recognised PRIs with control over allocated resources for development and social change is viewed as an empowering instrument for women. The 73rd and 74th Constitutional amendments brought more than 1.3 million women into positions of leadership and governance at the grassroots.

It’s heartening that, in the course of time, many States have passed their own legislations increasing the quantum of reserved seats for women in local bodies to 50 per cent. With the revocation of the transitory Article 370 and Amendment to the J&K Panchayati Raj Act in October, 2020, three tier grass root democracy comprising Halqa, Block Development Council and District Development Council has sprouted in J&K after a fiercely contested multi-cornered election. Government of India and now many state governments are laying great focus on strengthening of grassroots democracy. It’s with this end that Panchayat Diwas is celebrated on 24 April, every year. Speaking on the occasion on 24 April, 2020, while interacting with the Sarpanchas from across the country, the honourable Prime Minister said, “Strong Panchayats are also the foundation for self-sufficient villages. And so, stronger the Panchayat system, stronger will be the democracy and more and more benefits of development will reach the people at the lowest rung of the society.” The GoI has launched two projects, namely, e-Gram Swaraj portal and Swamitwa scheme to strengthen the rural infrastructure and to reduce the distance between the cities and the villages.

Many Panchayats across the country are doing exemplary work and are being rewarded on Panchyat Day each year. It’s a matter of immense delight that UK remains at the forefront of developmental works and a village each from Dehradun, Haridwar, and Nainital districts were awarded for their exemplary works by the Union Government this year. The prestigious Nanaji Deshmukh Rashtriya Gaurav Gram Sabha Award has been conferred upon Kheldi village panchayat of Hardiwar’s Bahadrabad Block for this year. The award for most child-friendly gram panchayat of Uttarakhand was given to Belpadav gram panchayat of Nainital’s Kotabagh block. Additionally, Kedarwala gram panchayat of Dehradun’s Vikasnagar was felicitated with “Gram Panchayat Development Plan Award, 2020”. The panchayats of Uttarakhand have definitely emerged as an example of democracy and development in 21st century India. In the challenging time of Covid-19, the panchayats of Uttarakhand state have worked efficiently to combat the pandemic. Covid-19 has seen two kinds of movements in this border district of Uttarakhand: one, of the migrant workers from India’s neighbour Nepal moving back home, and, second, of migrant workers flocking back to their home districts from other states and even from abroad. It’s a tribute to our Panchayats, who disseminated very effectively awareness about social distance norms, wearing of masks and the need for sanitisation. Our panchayat heads ensured the safety of the resident villagers, and made arrangements for quarantine centres.

As elected members of local bodies, either as members, sarpanch/pradhan of village panchayats, chairman of district council, and Municipal bodies, etc., they make valuable contribution in the areas of health and sanitation, public distribution system, education and poverty alleviation, drinking water, animal husbandry, electrification, and other infrastructural development. In fact, our PRIs are real nurseries of people’s representatives. Many members of these local representative bodies have risen to become members of Legislative Assembles and even Members of Parliament. On this important occasion, before I conclude, I believe that ‘the best school of democracy and the best guarantee of democracy is the practice of local self government’. I am sure with your active participation and selfless service to the people you would shower the blessings of democracy on the people of this Himalayan State, make India atmanirbhar and a globally worth emulating model of grass root democracy.

* The author is Union Education Minister and ex-Chief Minister, Uttarakhand. It’s an abridged version of the speech delivered on 8 January, 2021, in Dehradun.