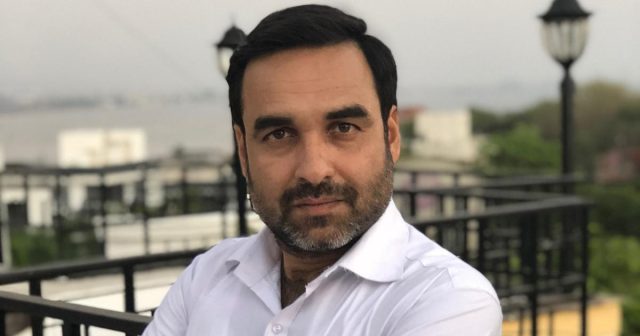 The landscape of our cinematic stories has rapidly changed over the years as now unconventional stories too are making inroads into the mainstream sphere. Pankaj Tripathi’s astronomical rise has been synonymous with the audience’s changed tastes.
The actor holds an equal prowess when it comes to mainstream and middle of the road cinema and films like ‘Masaan’, ‘Gangs of Wasseypur’, ‘Newton’, ‘Bareilly Ki Barfi’, ‘Fukrey Returns’, ‘Ludo’ and several others serve as testimony to the fact.
In a recent conversation with IANS, the actor spoke about the change in audience’s sensibilities towards our stories and the blurring lines between mainstream and parallel cinema. He says, “I feel the lines between mainstream and parallel cinema will keep getting blurred and that shows the growth and evolution of our audience, they are now open to a broad range of subjects.”
He credits the internet for bringing in a new wave of content as he says, “Because of the access to the internet and the audience has now an option of watching a lot of content they are now witnessing content pieces from across the globe. A lot of young energy is entering the content medium, a lot of new directors and writers have entered the system and are pushing the envelope with their creative choices. The evolution of the audience has made it easier to tell different stories and has enabled us to make some brave creative choices.”
The conversation then takes a turn down the sunset boulevard of memories where he speaks about his alma mater – the National School of Drama. NSD, which is Asia’s biggest acting institute was established with the vision of strengthening the space of theatres across the country but, with plays happening in just two languages majorly; the global language of English and the nationally popular language of Hindi, a lot of students coming from remote areas of northeast or down south find it a bit challenging.
When probed if there’s a language barrier that makes the vision of NSD incongruent with its functioning, the actor explains it through an analogy.
Pankaj says, “See, a doctor can study medicine in either Hindi aur English but when it comes to application, practise or talking to patients, they do it in their local language. Similarly, one learns the craft in NSD and that can be easily learnt in English or Hindi. An artist can then use that craft to his strength in their local language. Ratan Thiyam, an NSD alumnus has been doing plays in Manipuri for years together and has been strengthening the Manipur theatre ecosystem with his work.”
However, he does admit that the language barrier can pose a challenge to some actors as he says, “I agree that the actor might face some troubles initially in terms of the language like I remember there was my batchmate Abdul Qadir, he was a brilliant actor but since he wasn’t well versed in Hindi, he didn’t get meaty roles. But, he was acquiring the training, it’s just that for him performing on stage became a little difficult because of the language barrier. But, eventually he coped up and did well.” “I think, NSD is now also coming up with regional centres across the country. When students would learn the craft of theatre and acting in these regional centres I am sure the mode of teaching will involve native languages. NSD was established when there used to be 20 students from 20 states,” he said.