By OUR STAFF REPORTER
DEHRADUN, 23 Dec: Chief Minister Trivendra Singh Rawat participated in the sports competition and cultural programme of “Yamuna Sharadutsav” being organised by the Sports and Cultural Committee at Ram Leela Grounds in Kalsi on Sunday. Besides declaring the ‘Kalsi Sharadutsav” as an official fair, he also granted Rs 5 lakh to the fair. He also said that an appropriate place would be found to construct a sports ground in Kalsi and also promised money for repair and upkeep of roads as per the need in the area.
Rawat called upon the youth to shun superstition and move forward with positive thinking. He said effective steps were being taken in the state to provide opportunities for self-employment to the youth. A sum of Rs 700 crore had been earmarked for development in horticulture and increase opportunities for self-employment in the area. The farmers were being provided loans at an interest rate of only two per cent. The 40,000 crore Lakhwar –Yvasi hydro-electric project, which had been delayed for 42 years, would begin soon. The central government would give permission for the 300 MW project by next month. The work on the Kisau and Renuka projects would also be started. An agreement had also been reached for the Tyuni-Palasi Hydro-Elecrtric project. He hoped that investment worth crores of rupees would come to the area with these projects.
Chief Minister Rawat said he had geographical understanding of far-off places in the state. Uttarakhand was formed for the development of remote areas and policies were being prepared for this. He said that whether it was Arakot Balan Kinwa village of the area or Pipalkot village of Pithoragarh or the last village, Ghes, of Chamoli district, they were being linked with the mainstream of development. He said that a ‘Kutki Jadi Booti’ centre has been opened at Ghes and the place had become a focal point for pea cultivation. Tele-medicine services had been provided. The facility of air ambulance was also being provided for these areas, which had saved many lives.
On this occasion, the Chief Minister also released a CD of the folk song, “Mulk Ki Shaan”, sung in the regional language. Chief Minister also felicitated Sonakshi Panwar, a Judoka, Nancy Bisht for excellent performance in the national games, and Amit Chauhan, who bagged a silver medal in senior Kabaddi.
MLA Munna Singh Chauhan said the task of connecting remote villages of Jaunsar with roads was taking place in a speedy manner. Roads had been sanctioned not only for the Khatwa village, Baniana village and Dhamakdhar area, but also for Hanol and Lakhamandal of Kalsi. With the approval of Rs 22 crores in 22 hours for the Koti-Kanasar road, Herbertpur-Barawala, the four lane road has been included in the Hanol Mori National Highway. Rs 43 crores have been approved for Chakrata Lakhamandal road. Several areas including Lakhamandal were being linked with the tourism. Kalsi had also been included in the Ramayana and Mahabharat circuit. TRH of GMVN has been set up in Chakrata. A bridge has been approved on the Yamuna at a cost of Rs 70 crore in Vikasnagar. Rs 17 crore water supply scheme has also been approved in the area. Three doctors were deployed in Tyuni, which included a female doctor as well.
On this occasion, former District Panchayat President Madhu Chauhan apprised the Chief Minister about the problems of the area.
Present were Block Pramukh, Kalsi, Arjun Singh Chauhan, Nagar Palika President, Vikasnagar, Shanti Juantha, President of the Committee Ritesh Aswal and public representatives and area residents were present in large numbers. 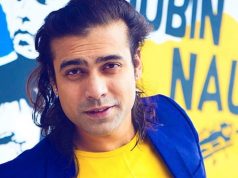 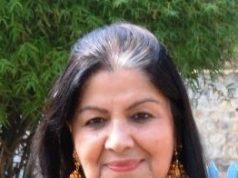 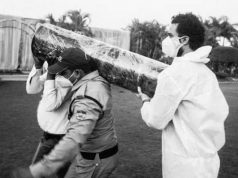