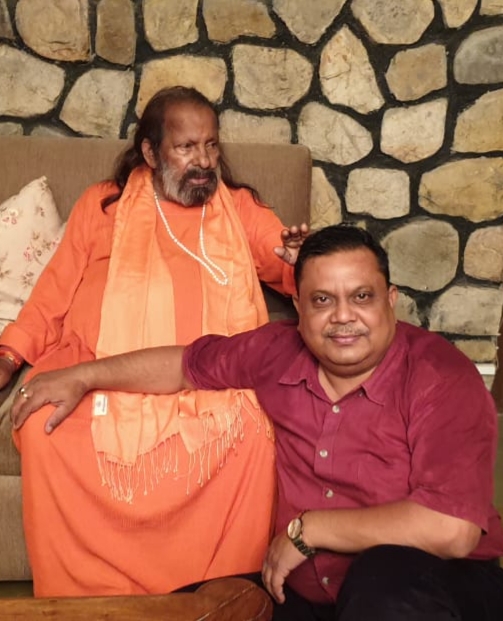 DEHRADUN, 18 Aug: Internationally recognised Mahayogi ‘Pilot Baba’ gave his blessings to Bhanwar Singh Pundir, Producer/Actor, on the sets of his most anticipated film, ‘The Dark Jungle’
When asked about the existing situation in politics, the Baba said PM Narendra Modi had an important task in hand. It had fallen in his destiny to steer the country on to the path of development and extraordinary progress. And he was doing all that extremely well. Clearly, he would make a huge comeback in the 2024 elections. 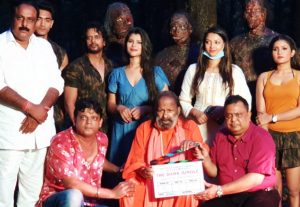 This plaudit was delivered by international spiritual Guru Pilot Baba in the presence of the cast and crew on the sets of the film, ‘The Dark Jungle’, being shot in Uttarakhand.
Baba blessed the entire unit of the film on location in the thick jungles of Doon in the presence of the Producer and Director of the film. Rajkumar Saini, a politically known figure in Uttarakhand, also witnessed this event.
The entire team was delighted to receive the blessings of the Baba.
Further commenting on the current scenario in the country, the Baba said that war with neighbouring China could occur in the near future. Diplomatic negotiations were underway but the fact could not be denied that they had entered Indian Territory stealthily and were now occupying large chunks.
The Baba also pointed out that the central government had put in place its best efforts to control the Covid pandemic, but the fear factor relating to this disease was nothing but hype. It is not such a dreadful disease as is being projected. Now, the fear factor amongst the general populace is gradually reducing.
He urged the film unit and people in general to follow all the safety guidelines issued by the government. He particularly expressed his elation at the ongoing construction of the Ramjanmabhoomi Temple.
He added that film shoots benefit the local economy and promote tourism. This area needed to be further explored as it had great potential. The Director of the film Rakesh Sawant was also present on the occasion.