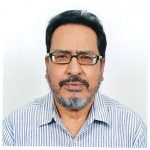 By BK Joshi
India is going through a very tense period in its relations
with two immediate neighbours, China and Nepal. Relations with a third neighbour, Pakistan, have always been fraught. In the case of China, our two armies have been in hand-to-hand combat resulting in loss of lives on both sides. With Nepal, we have had extremely cordial relations largely on account of shared history, culture, religion and social relations among people resulting in free movement of people across open borders, but a recent irritant has cropped up in the shape of Nepal’s claim to approximately 300 square kilometers (115 square miles) of Indian territory stretching from Lipulekh to Limpiyadhura and including Kalapani (the origin of Kali River) bordering Uttarakhand. India has always considered this area as its own since the time of the Treaty of Sugauli, 1816 after the Anglo-Gurkha war, which fixed the western boundary as the Kali River (known as Mahakali in Nepal) between Nepal and India (under the East India Company at that time). It would be a great tragedy if relations with China deteriorate to the level of an armed conflict and with Nepal to a level that results in closure of the open border and restrictions on travel and multi-faceted social, cultural and economic relations.
Uttarakhand has an important stake in contributing to the maintenance of healthy relations with, both, China and Nepal. It shares a border with both these countries: 463 kms with China spread over three districts of Uttarkashi, Chamoli and Pithoragarh, and 303 kms with Nepal in Pithoragarh and Champawat districts. It is, therefore, important for us to have an unbiased understanding of society, economy, culture and politics in these two neighbours, so that we can have a reasoned response instead of the currently fashionable jingoistic slogan shouting and sabre-rattling among certain sections. Let us be clear that a muscular policy and armed conflict is not the proper response to the current challenges. Both India and China are major economic powers, with large well-equipped conventional armed forces as well as nuclear arsenals.
Nepal, on the other hand, cannot pose any military threat to India. Our response to the current imbroglio has to be based on a deep understanding of the historical, cultural, political and economic roots of these countries and the dynamics of the situation currently prevailing there. We have only a handful of experts with in-depth knowledge of these countries, who can provide policy inputs to the government, and they are either diplomats who have served there or academics in the few universities that have departments of regional studies. It is a pity that we, in Uttarakhand, have not invested adequate attention and intellectual capital in this task. However it is still not too late.
What we need to do is to set up advanced centres of study and research on China and Nepal in some of our universities. These should ideally be multi-disciplinary in nature with strong emphasis on the language of the country. The student body opting for specialisation in these countries should be provided a good grounding in Chinese (Mandarin) and Nepali, as the case may be, so that they can keep themselves abreast of contemporary writings from these countries. Nepali language should not present any problems for a number of reasons. It is one of the recognised Indian languages with a large number of speakers, including in Uttarakhand, so that finding competent teachers would not be a problem. On account of its close affinity to Garhwali and Kumaoni, acquiring proficiency in the language should not be difficult for our youth. The case of Chinese, however, is quite different. For one, it belongs to a wholly different family of languages from our own and uses a logographic script. Hence, availability of good teachers could be a problem as not many universities have the facility for teaching it. Fortunately, the Doon University has been teaching the language at the undergraduate and post-graduate levels for the past many years. This resource can prove to be of considerable help. As an adjunct to Chinese studies due emphasis should also be placed on study of Tibet and the Tibetan language. Here the presence of a large body of Tibetan scholars in Dehradun can be of great advantage. Another resource that can be tapped is the fairly large collection of books on the Himalayas extending from Ladakh to the north-eastern states and including Tibet, Nepal and Bhutan, that exists in the Doon Library & Research Centre.
Centres for Chinese and Nepali studies will have to be adequately supported with resources – both human and financial. No effort should be spared in finding the best teaching faculty. Universities should have the freedom to engage foreign scholars whenever necessary. The objective should be to catalyse a process of cutting edge research and analysis on these countries which can feed into the policy process. This may sound over-ambitious to some people, but I strongly believe that the time has come to shed our academic ambivalence and openly espouse academic excellence as the defining feature for institutions of higher education. They should be able to stand comparison with the best in the world – we should not aspire to be second or third best.
(The author is former Vice Chancellor, Kumaon University and currently Honorary Director, Doon Library & Research Centre.)