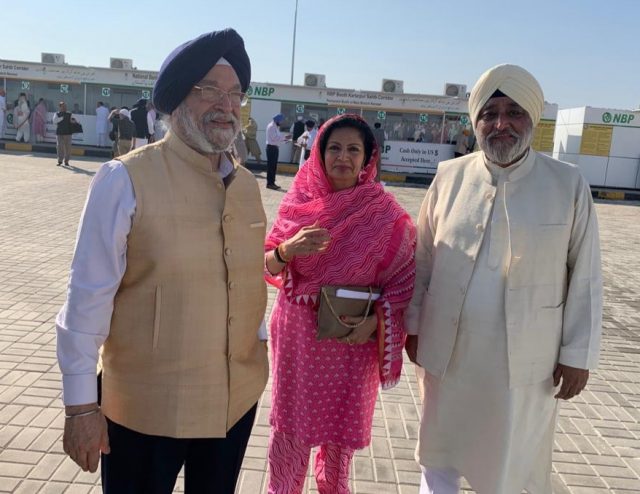 DEHRADUN, 9 Nov: It was indeed a historical moment when Prime Minister Narendra Modi inaugurated the Kartarpur corridor. Witnessing this historical moment and crossing over to Kartarpur Sahib where Guru Nanak Dev spent fourteen years of his life were a selected group of 550 people, including Former PM Manmohan Singh, Minister Hardeep Singh Puri, Chief Minister of Punjab Capt Amrinder Singh, former chief minister Prakash Singh Badal, ministers of the Punjab Government, Members of Parliament such as Sunny Deol, Bhagwant Mann, religious leaders, etc. It is a matter of pride for Uttarakhand that Narinder Jit Singh Bindra, Vice Chairman, Shri Hemkunt Sahib Trust and former Chairman, Uttarakhand Minorities Commission was a part of this first jatha flagged off by Prime Minister. Bindra on phone told us how blessed he was feeling to be part of this moment to pay his respects and pray at Guru Nanak Darbar, Kartarpur Sahib. He praised the infrastructure developed both by the Indian and Pakistan Governments. He said he prayed for the well being of Uttarakhand and humanity at large. He was optimistic that this move of both our government and the Pakistan Government with the grace of Baba Nanak will further enhance relations. The Sikhs of the world and specially India will be indebted always for this gesture.