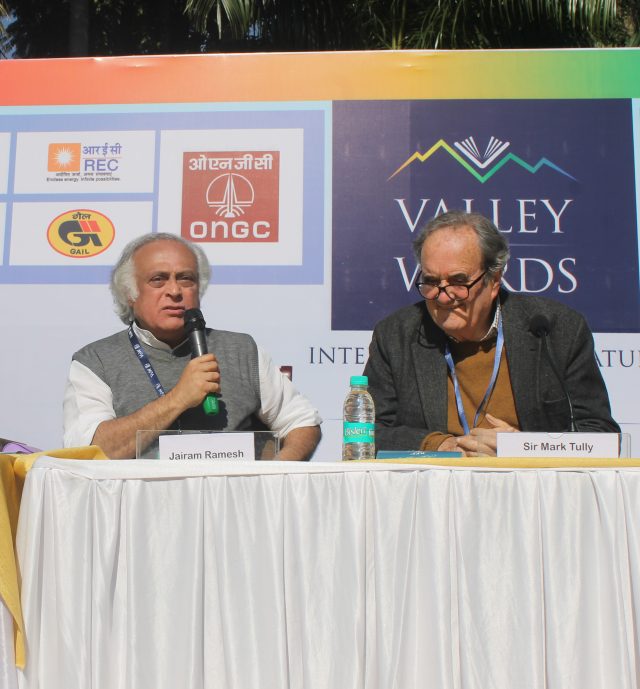 Dehradun, 24 Nov: Senior Congress leader and former Union Minister Jairam Ramesh today claimed that Prime Minister Narendra Modi was a good orator but not a good debater.  He was participating in a VoxPopuli discussion held on the second day of Valley of Words Literature and Arts Festival here today. The topic was ‘In the opinion of this house, the best debates occur outside the Parliament’.  The participants included senior journalist and writer Mark Tully, Congress spokesman Manish Tewari, Manoj Jha of RJD, Tarun Vijay of BJP, SaurabhShukla and DP Tripathi of NCP. Ramesh claimed that there were many Parliamentarians currently who were good orators but could not debate well on various issues on the floor of the House. He added that Modi was not a good debater because he knew how to speak but not how to listen to the others.  Former MP and journalist Tarun Vijay added that it was necessary to have good patience in order to be a good orator.

Ramesh also admitted that on many occasions, the ruling party and the opposition joined hands clandestinely to obstruct the Parliament. Such a match fixing was seen from time to time. He however added that it was the government’s responsibility to ensure that the proceedings in the Parliament went on smoothly and on many occasions, it itself obstructed the proceedings and often for this the Opposition was used as a tool.  Ramesh added that despite such obstructions, the level of debates in the Parliament was multiple times better than that in the state assemblies. He emphasised that the members of state assemblies ought to learn from the Parliamentary debates how to improve their level of debate. Agreeing with Ramesh, Tripathi said that the ruling party and the opposition parties were both responsible for obstruction of the Parliamentary proceedings and observed that the trend to obstruct the proceedings had grown during past decade and a half. However, those who spoke well in the house were those who listened also well.

Tripathi claimed that during the Nehruvian era, all the members of the House were encouraged to speak and were given equal opportunity to debate on various issues but recently only the BJP and the Congress members were being given opportunity to raise issues and debate while the nominated members were hardly given much time to debate.  Jha observed that while Nehru gave full time to the Parliament, no other Prime Minister gave due importance to the Parliament. He added that TV debates were far worse as those who could shout well were preferred over decent debaters by the channels. Speakers were evaluated on the basis of their capacity to rake up controversies, intervene while others were speaking and to outshout others. This, he claimed had led him to suffer from hypertension and high sugar levels.

Garhwal Post has established itself as a credible, balanced and forward looking newspaper in India. Based in Uttarakhand, the daily is read by the aware, socially and culturally responsible, high-income elite of society.
Contact us: info@garhwalpost.in
meet mexican singles