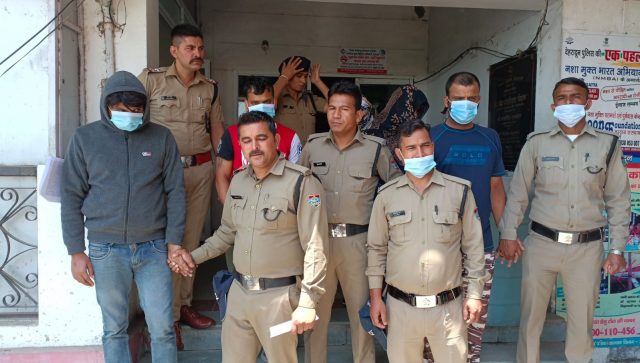 By Sunil Sonker
Mussoorie, 22 May: Acting on information received from the Local Intelligence Unit in Mussoorie, joint action was taken by the Anti Human Trafficking Cell and the police against alleged prostitution taking place at a hotel in Bhatta Falls. Five persons, including three youths and two women were arrested by the police. The hotel operator is said to be absconding.
Mussoorie Police Incharge Girish Chand Sharma said that by the team conducted a late night raid on the hotel. The three youths and two women were found involved in prostitution. Many incriminating items have also been recovered from them. The five accused were presented in the court after registering a case under various sections by the police.
He added that spa centres in Mussoorie are also constantly monitored, and action taken from time to time. He said that the prostitution gang was operating from Haryana. Some more people are also involved in the trade, against whom action would be taken.

Garhwal Post has established itself as a credible, balanced and forward looking newspaper in India. Based in Uttarakhand, the daily is read by the aware, socially and culturally responsible, high-income elite of society.
Contact us: info@garhwalpost.in
https://garhwalpost.in/online-dating-anxiety/