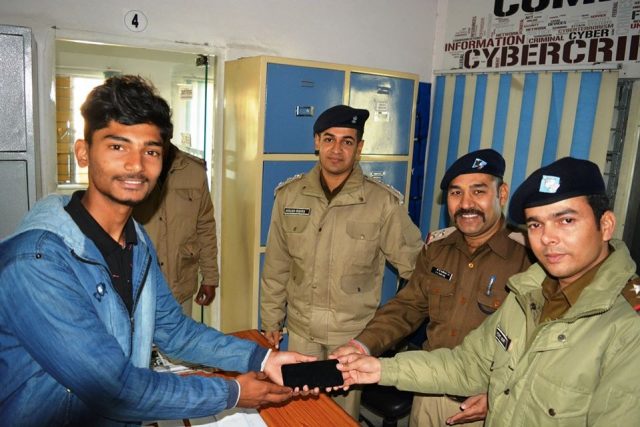 DEHRADUN, 10 Jan: A ‘Mobile Recovery Cell’ was established at the Cyber Crime Police Station, here, in November 2017 by DG (Law & Order) Ashok Kumar to deal with the increasing number of public complaints regarding lost mobile phones. Complaints were received by the Cell not just from residents of the state, but also those from other places. Using modern technology, as many as 781 such phones, worth approximately Rs 97,62,500, were recovered by it in the past year. These were returned to their owners from time to time. Since, November 2017, as many as 1643 mobile phones have been recovered, worth about Rs 2,05,37,500. DGP Kumar has asked the people of Uttarakhand to quickly report loss of mobiles, personally, at the Cyber Crime Police Station, near the Fire Station on Gandhi Road, or on mobile phone number 9456591502. The Cyber Crime portal can also be used.