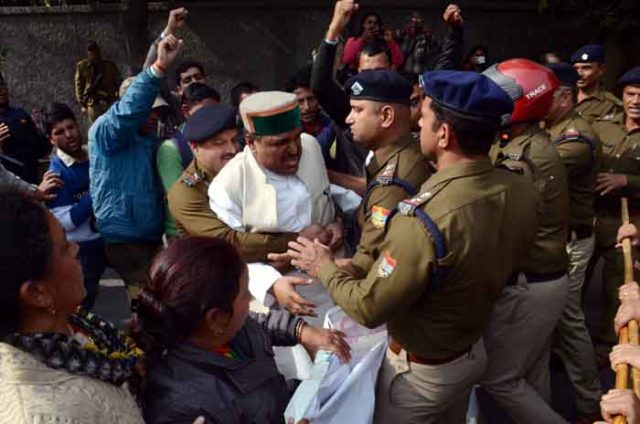 Dehradun, 28 Nov: The clash between two groups in Raipur area during the municipal elections has escalated, with Congress activists demonstrating at the police station, here, today. This led to a confrontation with BJP workers, which had to be broken up by the police with the wielding of lathis.

A Congress candidate had won from a ward in Raipur in the municipal elections. During the victory procession on 21 November, there was a violent clash with BJP activists. Cross reports had been filed against both parties by the police. It is the Congress allegation that, under government pressure, the police was seeking a compromise instead of taking action.

A large crowd of Congress activists gathered at the Raipur Thana, today, in protest. Members of the BJP also reached there in considerable number. Slogans were raised against each other and the situation became tense. There were also some fisticuffs between. Someone also threw a stone. The police had to intervene to break them up. The issue was resolved by CO, Dalanwala, by talking to leaders of the two parties at the spot.