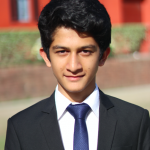 By Raghav Kediyal
I write this article from Dehradun following news of the recent glacial melt that has devastated many lives in Joshimath and the larger Chamoli district. Downstream areas too have been placed on high alert and all in all there appears to be widespread fear and uncertainty. The whole incident brings to mind an eerie but spitting image of the 2013 Kedarnath flood. While I do not wish to pin any allegations on the government, current or previous, such an incident does lead one to wonder how there could be such similar occurrences in one state a full 8 years apart. I certainly do not have any concrete answers on how such environmental catastrophes can be prevented, but as a budding political scientist I do have my own opinion on what such a catastrophe can mean for this polity – especially with state legislature elections coming soon in 2022.

The 2013 floods were seen as pivotal for the Congress losing to the BJP in 2017. However, to me it seems like the BJP victory in 2017 was inevitable when looking at Uttarakhand’s usual voting pattern of changing government from BJP to Congress and vice versa every election. The BJP was also on a popularity high anyway under the central Modi government, and Uttarakhand being a majorly Hindu and Hindi speaking state it would seem almost obvious that the BJP would come to power in 2017.

Nevertheless, it is impossible to say that the flood had no part to play in the Congress’ loss. Following that same logic, knowing that lives have been lost and livelihoods have been destroyed, the flood will certainly play in voters’ minds when casting their votes in 2022. But would this translate to a total BJP loss? In my opinion, definitely not. The BJP support is still strong all around Uttarakhand, as can be seen by the omnipresence of orange clothing or paraphernalia. With that said, I do suspect that the Chamoli constituencies might see more voting in favour of opposition or third parties. However, this should not be taken to mean that Chamoli seats will all be won by opposition or third parties, because I do believe fervent BJP influence will overpower temporary issues posed by the flood.

Another aspect that would be crucial is how the Rawat government will handle the flood in its aftermath. Not just geographically and physically, but even economically. Should the repercussions of the flood be felt all the way in 2022, then it would be a completely different story. It is also important to note the introduction of AAP in the state’s political fabric. It is difficult to judge just how well they will perform in 2022, but going by the current scenario it would seem that the AAP would be useful to the Congress in seat-cutting BJP votes, assuming that the AAP would derive most of its voters from those who would previously have voted for the BJP. Without a proper face or concrete campaign, though, it appears that the 2022 election will largely be dominated by Congress and BJP.

I can easily see the flood playing in the minds of those who have lost a loved one or their livelihood. I can even imagine the watchful, educated voter getting outraged by the government failing to implement effective checks and barriers to prevent such a flood from arising again. How substantial such a voter bloc is will be seen only in 2022 when election results come out. Until then, I only wish the best for all those who live in and around Joshimath and those who were affected by the flood.

(Raghav Kediyal is a class 12 student of The Doon School)