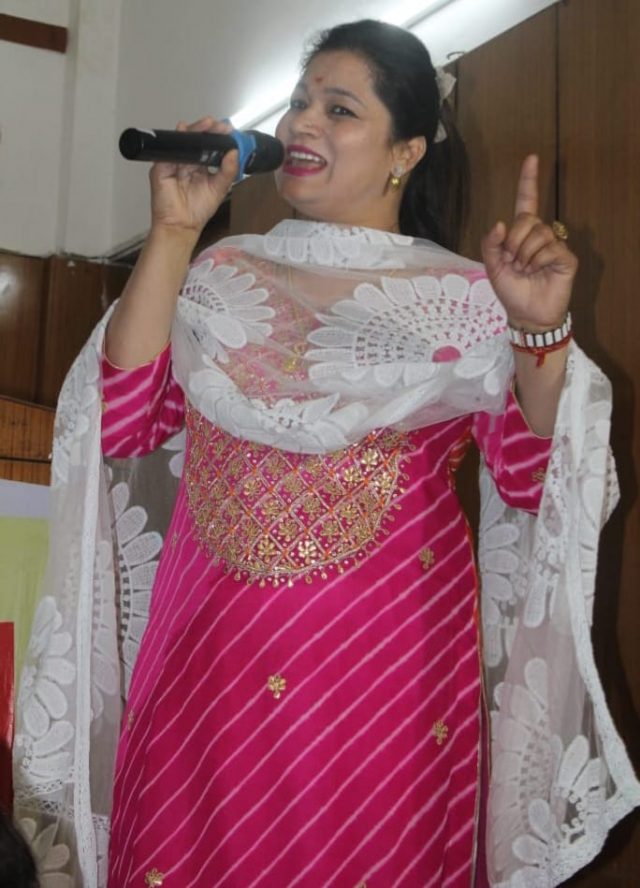 By OUR STAFF REPORTER
DEHRADUN, 26 March: Senior journalist & actor Satish Sharma stated that politicians of Uttarakhand must act with humility because people of our state are very simple. 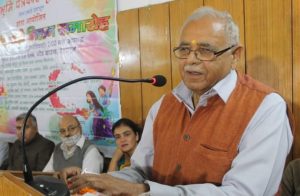 Sharma was speaking at the ‘Holi Milan’ program organised by Devbhoomi Patrakar Union at the Press Club. 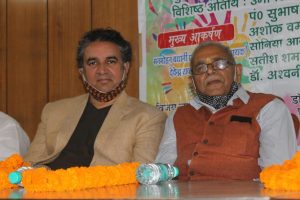 Sharma said that our state is an important state of our country but population-wise we are hardly one percent of India. Our politicians have no life threats. They should involve themselves with the common man when in power. 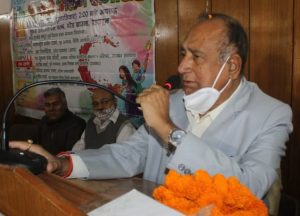 On a lighter note he said former CMs travel in the city like commoners without any convoy of ten, twelve vehicles, no traffic stoppages. Why they don’t practice the same when in power is a wonder? 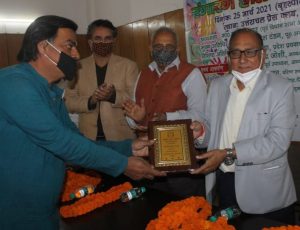 Praising veteran politician Harbans Kapoor, Sharma said he knows Kapoor since his childhood days. He was full of humility and easily approachable whether he was Cabinet Minister in UP, or Speaker in Uttarakhand Vidhan Sabha. Sharma advised the young politicians to take guidance from him and follow him. 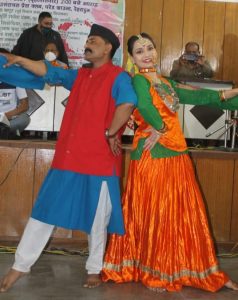