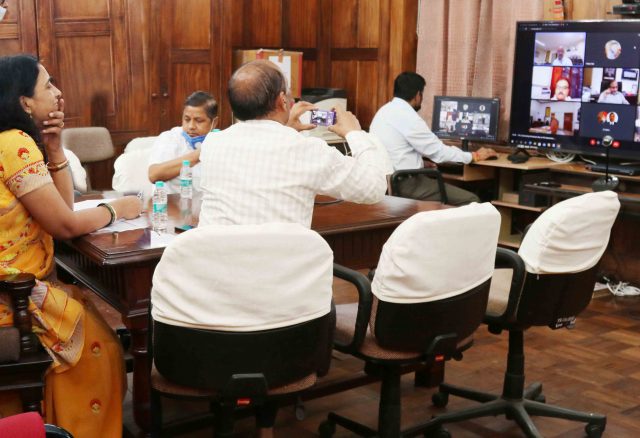 By Our Staff Reporter
Dehradun, 9 Sep: Himalayan Day is celebrated on 9 September every year so as to sensitise the people on the importance of this fragile ecosystem, as also to highlight the various issues concerning it. The Forest Research Institute celebrated Himalayan Day, today, and arranged an online lecture on “Black Carbon Pollution in Himalayas and its Mitigation”, by Dr Kalachand Sain, Director, Wadia Institute of Himayan Geology.
At the outset, Richa Misra, Head, Extension Division, Forest Research Institute, welcomed all the participants and invited Arun Singh Rawat, Director General, Indian Council of Forestry Research and Education, Dehradun, to inaugurate the event and make the opening remarks. In his inaugural address, Rawat spoke about the Himalayas being the origin of many rivers like the Indus, Ganga and Brahmaputra, the lifelines of more than 150 million people settled in the river basins. He mentioned that people are dependent on the Himalayan Ecosystem for survival and livelihoods. The over exploitation of natural resources due to anthropological pressure has created an alarming situation. Different kinds of pressures on the mountain ranges are leading to earthquakes, floods and droughts. He said that it is a moral duty to contribute towards environment protection in order to bring about balance between environment and development.
Dr Sain, in his lecture, mentioned that black carbon -mostly produced by the burning of biomass and smoke emission, causes global warming by absorbing sunlight. He spoke that, for mitigation of pollution caused by black carbon, use of electric and solar energy should be maximised for domestic well as commercial purposes. He mentioned that an effective strategy in people participation should be framed to monitor, manage and mitigate black carbon generated pollution.
The programme was attended by officers and scientists of FRI and other sister organisations under ICFRE, Director, IGNFA, along with faculty and probationers, faculty and students of FRI Deemed University and officer trainees of CASFOS, Dehradun.
The programme concluded with a vote of thanks proposed by Dr Charan Singh, Scientist-F, Extension Division of the Institute.