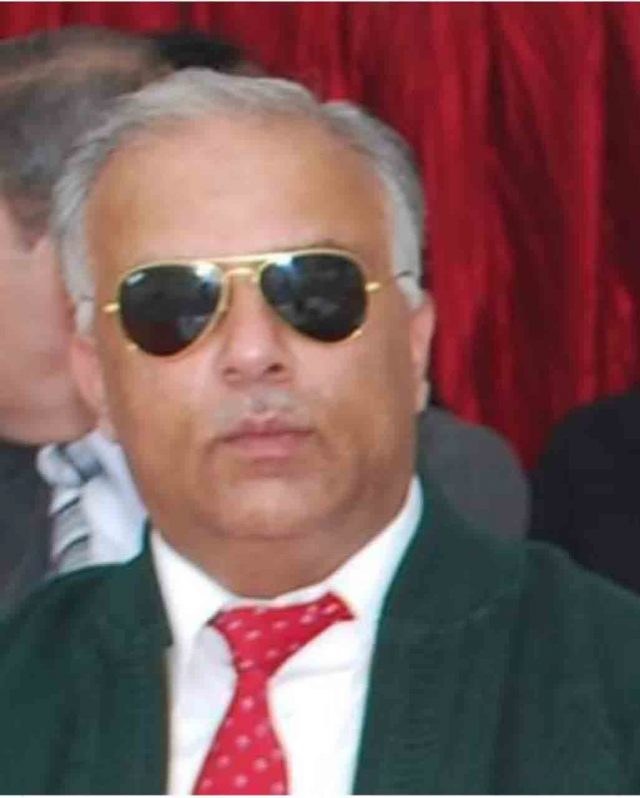 The citizens of Mussoorie woke up on 19 April to the shocking news of the sad demise of one of the iconic figures of the Queen of Hills, Commander Prakash Mehrotra (Retd).

Having completed his schooling from St George’s College in 1977, he obtained a Bachelors of Science degree from MPG College. While his fellow students were still undecided on the choice of careers, he left home to be with the love of his life, ‘The Sea’, and was commissioned into the Indian Navy, which he selflessly served for 25 years. Thereafter, he willingly took premature retirement to come home and look after his ageing mother and two sisters.

One of the finest and respectable citizens of Mussoorie, Prakash was quite a familiar sight as he walked down the Mall Road from Library Point to Picture Palace and then back home, occasionally stopping over at two places for a cup of his favourite ‘adrakwali’ chai and samosa, donning his favourite blue coloured Navy Veterans’ Cap (he did not like black) which had become his signature style, greeting and enquiring after the wellbeing of every known face.

A man of few words (Ji & Ok), he never liked the idea of being in the limelight or facing the camera, working silently for the betterment of society, be it a Tree Plantation Programme or honouring institutions with his presence as the Chief Guest, sharing his experiences of his Navy days, working for the uplift of the underprivileged sections of society, distributing food and rations to the needy during the first wave of the Covid-19 Pandemic (the list is unending) either with donations from the generous citizens or from his own pocket if need be.

Nevertheless, his contribution to society and to Mussoorie did not go unnoticed and many a time he was acknowledged and honoured by The Lions Club and The Rotary Club.

Many followers of Facebook and Instagram knew this “59 years young” Naval Officer as a nature lover with a keen eye for photography. He regularly posted in various Facebook groups pictures of the beautiful lights of Doon Valley twinkling in the night, mesmerising sunsets, moonrise from Pari Tibba or the moon setting in the wee hours of the morning, verdant valleys, mysterious mountains, terrace farming and the landscapes that he captured in his camera on his one day trips to the nearby tourist sites or his regular walks. These revealed him to be an embodiment of peace and calm, bringing out his innate character of goodness, selflessness, humility, integrity honour and courage.

A brave sea-farer, a warrior, fearlessly facing the rough seas and stormy weather, protecting his motherland a for a quarter of a century, the Commander was overpowered by the attack of a tiny invisible virus of the new strain of Covid-19 that was lurking about slyly, waiting to place its icy hands of Death on him. Though he put up a strong fight, he was unsuccessful. Mussoorie lost a valiant son when he breathed his last on the night of 18 April, 2021, leaving behind a treasure trove of memories for his two distraught sisters and lots of friends and well -wishers.

My association with the Mehrotra family goes way back to the late 1970s as family friends, when his cousin and I studied together in the same school and college. This association was partially disconnected, but not forgotten for sometime as we went our ways but reconnected thanks to Facebook. Over the last few years, Commander Prakash proved to be not only a very good friend but also my philosopher and guide. In other words, I would call him an ‘Angel in Disguise’. His positive approach to life, his witty sense of humor, his willingness to give a helping hand and ever smiling face will be forever remembered.

Saluting Commander Prakash Mehrotra:
“You are forever in our hearts,
And there you will always remain.”

Garhwal Post has established itself as a credible, balanced and forward looking newspaper in India. Based in Uttarakhand, the daily is read by the aware, socially and culturally responsible, high-income elite of society.
Contact us: info@garhwalpost.in
meetup duisburg