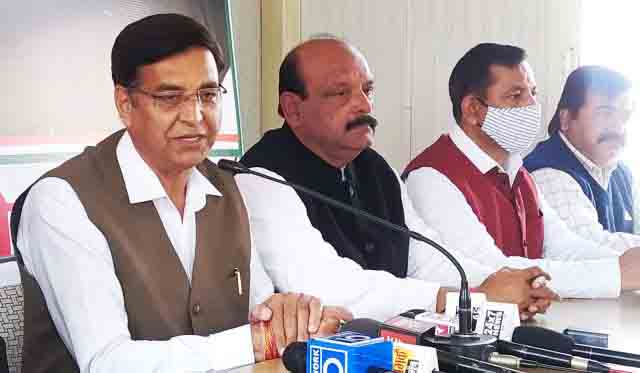 By OUR STAFF REPORTER
Dehradun, 7 Dec: State Congress President Pritam Singh announced his party’s participation, today, in the ‘Bharat Bandh’ to be held on 7 December in support of the protesting farmers’ demands.
Addressing media persons at the Congress Bhavan, Singh recalled that, when the BJP President JP Nadda had first come to Uttarakhand, he had made many promises but none of them was implemented. Now that he was here as the Party President, the BJP had forgotten about Corona while welcoming him. All the guidelines had been forgotten and precautions thrown to the winds.
Singh asserted that had not implemented any of its election promises. Nothing had been done about unemployment. He demanded that the Union Government accept the farmers’ demands. The members of the State Congress had been asked to participate in tomorrow’s bandh.