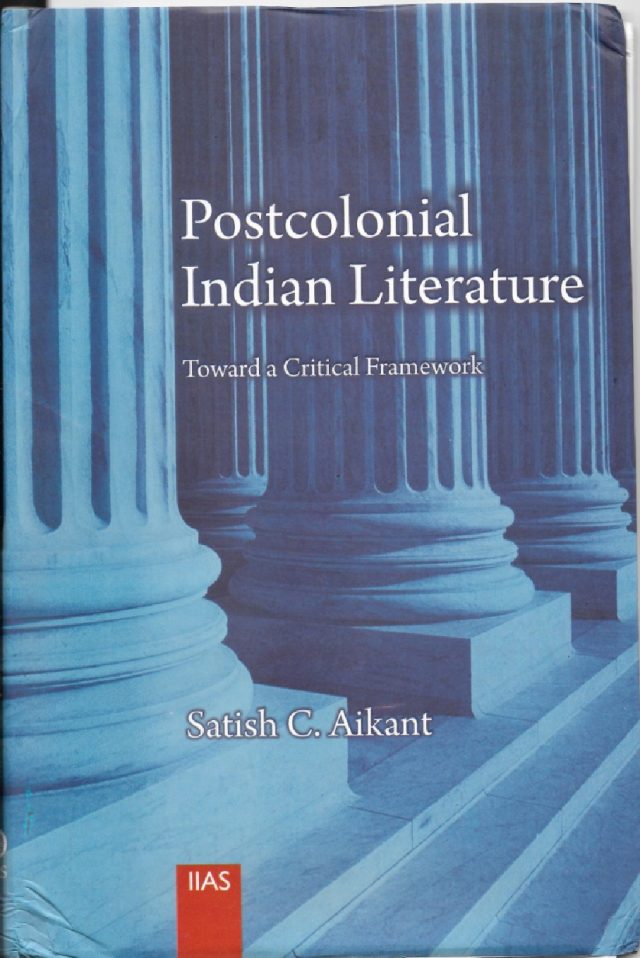 Mussoorie, 18 Nov: On 14 November, Professor Satish C Aikant’s new book, titled Postcolonial Indian Literature: Toward a Critical Framework, was released at India International Centre, New Delhi, by Professor Makarand Paranjape, Director, Indian Institute of Advanced Study. The book is a significant contribution to the field of postcolonial studies and attempts to question the Eurocentric assumptions of postcolonial theory.  Professor Aikant maintains that the almost exclusive dependence of most of the academics and writers on the theoretical assumptions of the western world is often regressive and reductive and overlooks the richness, the variety and the heterogeneity of the social formations of the third world. We need to identify alternative histories, cultural traditions and knowledge which conflict with the representations of colonial discourses. The book also takes a close look at some of the texts of Indian writing.

Professor Satish C Aikant is a former Professor and Head of the Department of English, HNB Garhwal University. He has been a Visiting Professor at Ecole des Hautes Etudes en Sciences Socieles, Paris. He is a critic and a translator, and his writings on postcolonial literatures, literary theory and contemporary culture have appeared in a wide range of books and journals such as The Journal of Commonwealth Literature, Journal of Literary Criticism, Ariel, Postcolonial Text, Asiatic, Literary Criterion, Journal of Contemporary Thought, South Asian Diaspora, Studies in Humanities and Social Sciences, The Book Review and Biblio.  He has participated in several national and international conferences, and is also a frequent contributor to Garhwal Post.

Garhwal Post has established itself as a credible, balanced and forward looking newspaper in India. Based in Uttarakhand, the daily is read by the aware, socially and culturally responsible, high-income elite of society.
Contact us: info@garhwalpost.in
https://garhwalpost.in/anxiety-online-dating/