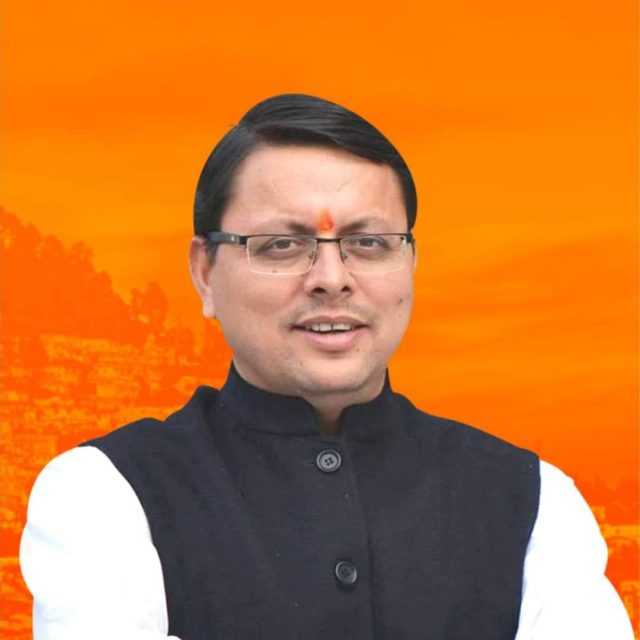 Dehradun, 3 Jul: Khatima MLA Pushkar Singh Dhami has been elected new Chief Minister of Uttarakhand. Dhami will take oath as new CM tomorrow at 5 pm. It remains to be seen if he will take oath alone or with some of the cabinet colleagues. The decision on his name as the CM was finalised at a special meeting of BJP Legislative Party held at BJP State Headquarters here which was attended amongst others by outgoing Chief Minister Tirath Singh Rawat, former Chief Minister Trivendra Singh Rawat, Central Party Observer and Union Minister Narendra Singh Tomar along with D Purandeshwari also as observer, BJP General Secretary and leader in charge of party affairs in Uttarakhand Dushyant Singh Gautam and Satpal Maharaj, one of the top contenders for the top political post.

Dhami is the 11th and youngest Chief Minister of the state. Dhami’s name was stamped in the legislature party meeting. Incharge Party Affairs, Dushyant Kumar Gautam and all MLAs were present in the meeting. It may be recalled that Chief Minister Tirath Singh Rawat had submitted his resignation to Uttarakhand Governor Baby Rani Maurya late last night.

Later, Dhami along with the outgoing CM and other senior party leaders including the party observers and BJP State President Madan Kaushik called on Governor Raj Rani Maurya at Rajbhawan and staked claim as new leader of the BJP Lesiglative Party. Sources confirmed that he would take oath as CM at 5 pm tomorrow.  Commenting on his election as leader of BJP’s Legislative Party, Dhami said that he was grateful to the party leadership which chose to give such an opportunity to serve people to a commoner like him who belonged to a remote region in Pithoragarh and whose karmabhumi was Khatima. He added that he would carry forward the development work initiated by his predecessors Trivendra Singh Rawat and Tirath Singh Rawat. He further added that he would seek everyone’s cooperation in taking the state ahead and be able to come up to expectations of the people.

Pushkar Singh Dhami, representing Khatima seat of Udham Singh Nagar district, is MLA for two consecutive terms. Dhami, who is considered close to former Chief Minister and presently Maharashtra Governor Bhagat Singh Koshyari, has served in other positions in the party including state president of BJYM and his hold among the youth is considered strong. Dhami has been chosen by the Central leadership probably keeping the future in mind as he carries a dynamic image and is known as an aggressive leader. His aggressiveness is being considered by the party. He has been vocal on the issues of development as well as unemployment.