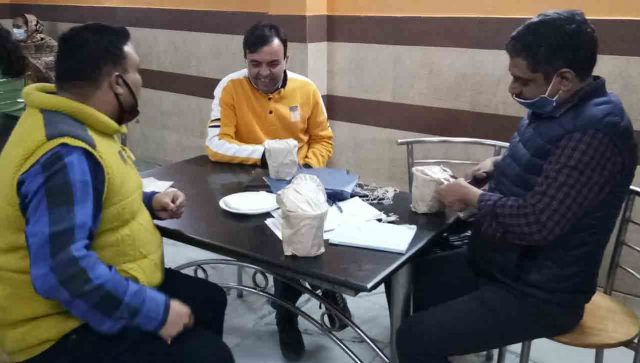 By Our Staff Reporter
Mussoorie, 10 Nov: In light of the festive season, a team from the Food Safety Department raided the sweets shops at various places, here, today. Samples of sweets were taken and sent for analysis. The raid caused panic among the shopkeepers.
Under the leadership of Mussoorie Food Safety Officer Sanjay Singh, a food safety team visited sweets shops and took samples the sweets. It was also investigated when the sweet was made and how long it would last. He said that in view of Deepawali, the food security teams are investigating the sweets shops in the entire district. He said that according to the new advisory of FSSAI, it is necessary for the shopkeeper to mention the date of manufacture and spoilage.
Appropriate action would be taken after the investigation reports arrive. Anyone found violating the rules would face legal action. He claimed that sampling of mawa and milk is done by the department from time to time. A survey would be held of mawa and milk in the entire country on 12 and 13 November.
Mussoorie Traders and Welfare Association General Secretary Jagjeet Kukreja said such action on Deepawali was not appropriate as the businessman were already facing difficulty due to the lockdowns. He demanded that sampling be done after Diwali.