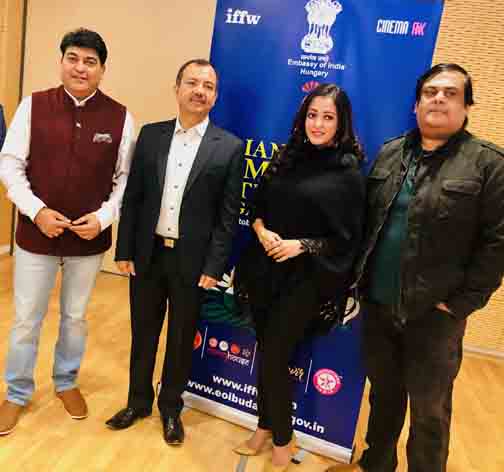 BUDAPEST, 8 Oct: Filmmaker Rahul Mittra and actress Raima Sen were awarded for their contribution to the Indian film industry by the Indian Ambassador, Kumar Tuhin, and Hungarian Minister of State Sztáray Péter András, at the Indian Film Festival in Hungary last evening. The Fifth Edition of the Festival opened to a full house in a grand ceremony held at Cinema Pink in Budapest with a number of celebrities and dignitaries from, both, India and Hungary walking the red carpet. The five day Festival dedicated to Indian Cinema and showcasing path breaking films from India has been organised by the Indian Film Festival Worldwide (IFFW) under the aegis of the Embassy of India in Hungary and curated by Captain Rahul Sudesh Bali. The grand evening also saw the presence of Norbert Revai Bere, DG, Foreign Affairs, Hungarian Actress Andrea Bozo, Filmmaker Suraj Kumar, Prabal Datta, CEO, Tata Consultancy Service, Saer Zulkarnain, owner, Rajkot Palace, and Tanuja Shankar, Director, Amrita Shergill Cultural Centre, amongst others. 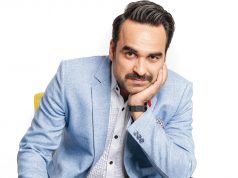 Pankaj Tripathi: Before choosing a project, I see if there’s gender sensitivity or not 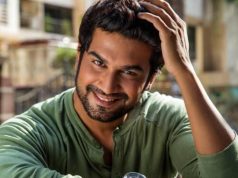 Sharad Kelkar: Surekha Sikri treated me like her son and nurtured me 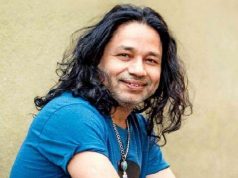 Kailash Kher: People are fond of albums more than before