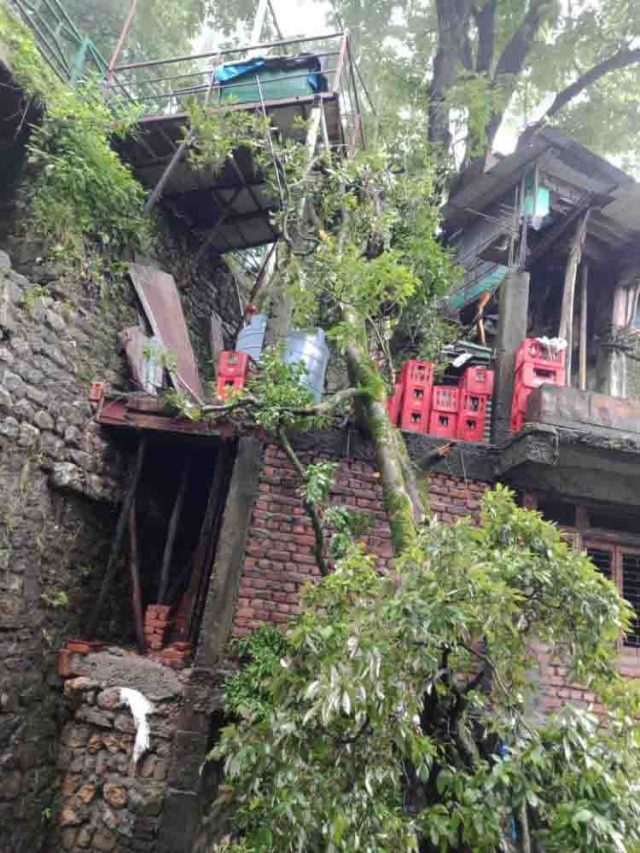 By Our Staff Reporter
Mussoorie, 18 Aug: The normal life was been disturbed in Mussoorie, today, due to incessant rains and thick fog. Visibility in Mussoorie has also been reduced, due to which vehicles have to face lots of problems in movement. At the same time, a drop in temperature has also been recorded.
On Tuesday morning, due to rain, a house suffered damage due to the uprooting of two trees in Company Garden, while there are many that are likely to fall.
The local councilorm Jasbir Kaur, along with residents has many times asked the forest department to cut the trees and undertake lopping, but there has been no action taken thus far. This has angered the people.
Due to landslides at many places on the Mussoorie Dehradun route, the road has been obstructed by debris and boulders. The work of removing the debris is being done by the Public Works Department.
The Mussoorie Dehradun road was damaged in the past near Kolukhet water bend, with only small vehicles being able to operate with great difficulty. Due to continuous rain, repair work is not getting done at the required pace. Councilor Kaur said that there are many trees in the company garden area whose roots have become weak but the forest department was not ready to take any action. She said that, if these trees are not removed soon, a big calamity could occur.