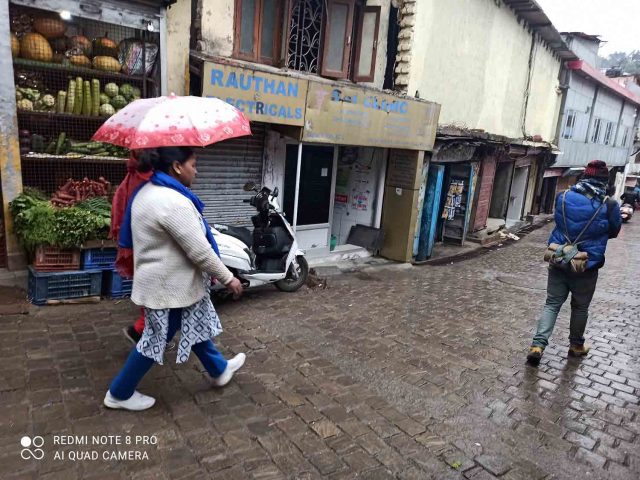 By Our Staff Reporter
Mussoorie, 5 Jan: The temperature has dropped here due to the rains since late night. People are resorting to warmer clothes and bonfires to avoid the cold. The condition of the poor and labourers is posing a challenge. It is also being predicted that there may be snowfall in Mussoorie regarding which the tourists present are very excited. Tourists said they were a little upset that there had been no snowfall thus far, but they are now expecting it to take place.
The locals are also very happy with the changing weather, as snowfall leads to an increase in tourists, which would benefit the businesses. The meteorological department has forecast rain and snowfall in the higher mountainous regions in the next 24 hours, for which a yellow alert has also been issued by the district administration. An action plan has also been prepared by the police and administration regarding snowfall so that tourists do not face any kind of problem.