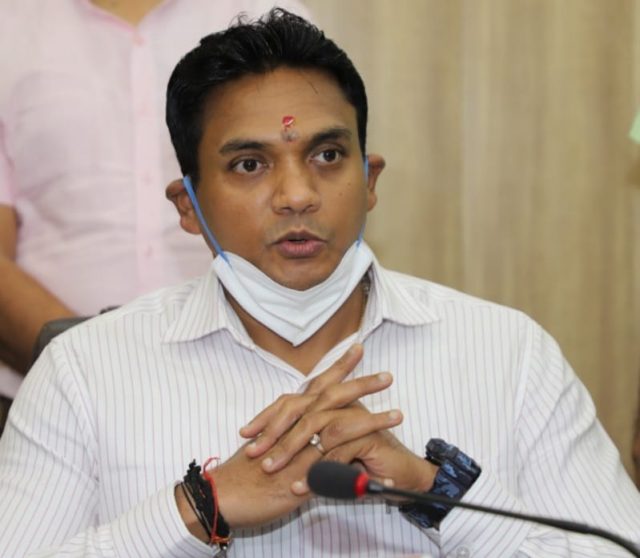 By Our Staff Reporter
Dehradun, 20 Jul: Dr R Rajesh Kumar took charge as District Magistrate of Dehradun, here, today. He has replaced Dr Ashish Srivastava, who has been shifted out but kept in waiting at present. He took charge after offering prayers. Interacting with the media after taking over, he said that it was his top priority to provide self-employment to maximum people through the Chief Minister’s Skill Development Scheme by continuously implementing the welfare schemes of the Union and State Governments. 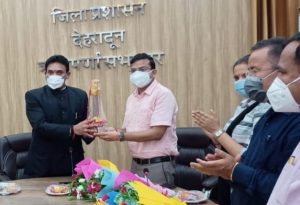 He said that, keeping in mind a possible third wave of corona, it would be his priority to strengthen health services and to keep the system in alert mode during the monsoon to carry out rescue and relief operation in case of any contingency.
He added that the supply of food grains would be ensured in the godowns at strategic locations so that there is no shortage in the less accessible places like Chakrata, Tyuni, Kalsi of the district in case of possible road blockages during the monsoon. He said that every effort would be made to solve the problems of the people at the earliest and the help of the CM Dashboard would be taken to solve the problems which could be resolved only at the government level.
He said that necessary instructions would be given to all the district level officers/employees to behave decently with the public and any kind of misbehaviour would not be tolerated. The district administration would try to develop a good working style by taking the people along. His priority would be to ensure the complete implementation of the SOPs issued by the State Government for Corona, Dengue and Disaster Management.
He further said that Uttarakhand had immense potential for tourism. However, along with promoting tourism, it would also be absolutely necessary to save human lives during the Corona period.
Dr R Rajesh Kumar is an IAS officer of the 2007 batch and originally hails from Tamil Nadu. Prior to the Civil Services, he has served as a Veterinary Surgeon. Earlier, he was posted as Chief Development Officer and District Magistrate in Uttarkashi and Pithoragarh.
Chief Development Officer Nitika Khandelwal, Additional District Magistrate, Administration, Veer Singh Budiyal, Additional District Magistrate Girish Chandra Gunwant, SDM (Sadar) Gopalram Binwal, SDM, Doiwala, Laxmiraj Chauhan, City Magistrate Kusum Chauhan, Additional City Magistrate Mayadutt Joshi, Special Land Officer (SLO) Awadhesh Kumar, Chief Treasury Officer Romil Chaudhary were among those present.

Garhwal Post has established itself as a credible, balanced and forward looking newspaper in India. Based in Uttarakhand, the daily is read by the aware, socially and culturally responsible, high-income elite of society.
Contact us: info@garhwalpost.in
top dating apps toronto