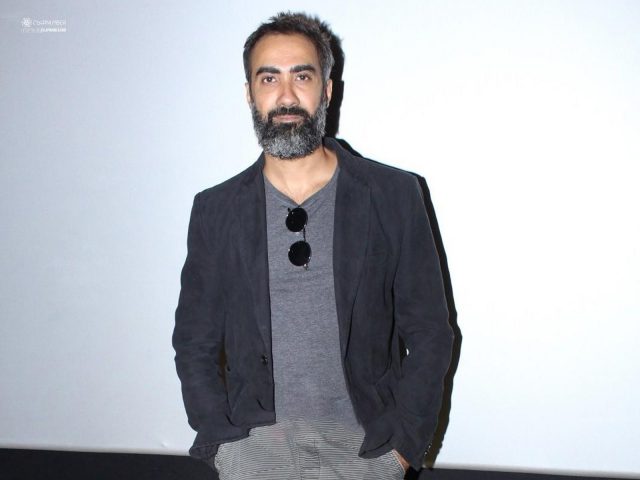 Actor Ranvir Shorey, who is playing a pivotal role in the upcoming web series “Sunflower”, says that Sunil Grover is an exciting actor to work with.
“After I got the narration for ‘Sunflower’ I asked who is playing Sonu and I was told that Sunil will be doing it. I was readily excited to be part of the story then.
“It is a murder mystery and working with Sunil was such a delight. He is really a talented actor who is getting all the deserving chance now. He started with comedy so his journey was different. But really, Sunil is a very good actor,” Ranvir told IANS.
The story of the show revolves around a murder that happens at a housing society named Sunflower and the investigation that follows.
Ranvir plays a police inspector in the show while Sunil is Sonu, one of the residents.
Ranvir has appeared in uniform earlier in “Rangbaaz” and “Lootcase”, and he shared how he keeps the approach towards his performance fresh with every new cop role.
“As an actor I think I should not play it like a caricature and that is why I do not look at the character based on profession.
“There could be two professional actors, who are completely two different personalities, right? It is the same with any two police officers as well, so keeping a few elements aside, I try and play the character, who happens to be a police officer.
“When you play characters, each time they are different and that is how I keep it fresh and engaging for the audience,” shared Ranvir.
Directed by Vikas Bahl, the web series has a huge ensemble cast Mukul Chadha, Girish Kulkarni, Annapurna Soni, Dayana Erappa, Ashish Vidyarthi and Shonali Nagrani, along with Ranvir and Sunil. It releases on Zee5 on June 11.

Garhwal Post has established itself as a credible, balanced and forward looking newspaper in India. Based in Uttarakhand, the daily is read by the aware, socially and culturally responsible, high-income elite of society.
Contact us: info@garhwalpost.in
flirt in love halifax matchmaking services https://garhwalpost.in/date-you/