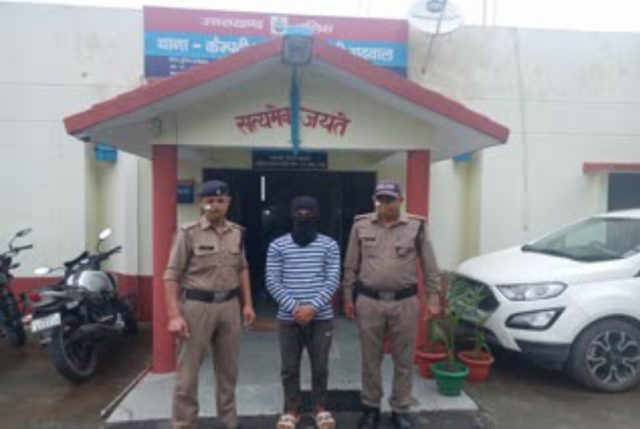 MUSSOORIE, 6 Aug: The rape of a minor has come to light in the Kempty police station area. The accused has been arrested by the police following a complaint by the victim’s family members. A case has been registered under various sections of the law including the POCSO Act. Kempty police station incharge Naveen Jural said that a neighbour of a 17-year-old girl from Nainbagh area, after finding her alone in her house, entered and committed the act on 2 August. The accused was pressurising the parents of the minor to suppress the matter, but late on 4 August, the family lodged a complaint against him. The police team arrested accused Rohan from Tikri in Nainbagh area of Tehri and produced him in court from where he was sent to jail. Police have registered a case against the accused youth under sections 452, 376, 506 of the IPC and POCSO Act.

Garhwal Post has established itself as a credible, balanced and forward looking newspaper in India. Based in Uttarakhand, the daily is read by the aware, socially and culturally responsible, high-income elite of society.
Contact us: info@garhwalpost.in
https://garhwalpost.in/free-gay-dating-apps/ dating a recently widowed man where do singles meet near me