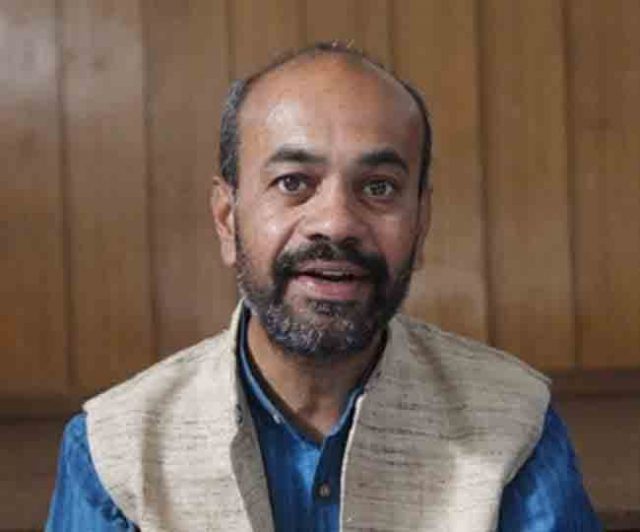 By Our Staff Reporter
Dehradun, 28 Jan: Senior BJP leader and a leading Uttarakhand Agitationist (Andolankari), Ravindra Jugran is likely to join the Aam Aadmi Party (AAP) tomorrow.
It may be recalled that Jugran, a senior BJP leader, has the image of being an activist. He has been instrumental in getting several decisions of the state government reversed or stayed through his PILs in the Uttarakhand High Court. Having been sidelined ever since the formation of the Trivendra Singh Rawat Government, he has been quite vocal against it despite having been a BJP leader for long. He was known to be close to senior BJP leader and former Chief Minister Bhuvan Chandra Khanduri, in whose government he had been appointed to the coveted ‘Lal Batti’ post of Chairperson, Uttarakhand Andolankari KalyanParishad, a council set up to ensure welfare of the Uttarakhand Movement agitationists.
It may be further recalled that Aam Aadmi Party has declared that it would be contesting all the seventy seats in the upcoming state assembly elections next year. Many senior AAP leaders led by Delhi Deputy Chief Minister Manish Sisodia have been visiting the state of late on a frequent basis. Though the party had given ample indication that it was willing to accept leaders of the BJP and Congress in its fold, so far the response had been rather lukewarm. However as the elections draw nearer, one could witness some more names, including some prominent ones jumping over to AAP. Some of the leaders from BJP and Congress who have been aspiring for party tickets for the assembly elections but are getting disappointed, so far, could also jump over to AAP in the hope of finally being able to contest.
Although some Congress leaders and a few BJP leaders like Lakhiram Joshi have joined the AAP, already, Jugran’s entry can be seen as the first major setback for the BJP. Jugran has never contested assembly elections but he can expect to get the ticket from AAP.
He will be joining the AAP at a function tomorrow to be held at the Lord Venketeshwara Wedding Point in the presence of AAP In-charge Dinesh Mohania. Along with him, some of his supporters are also expected join the new party. According to sources, there has been no attempt on the part of the BJP’s state leadership to prevent him from leaving the party!