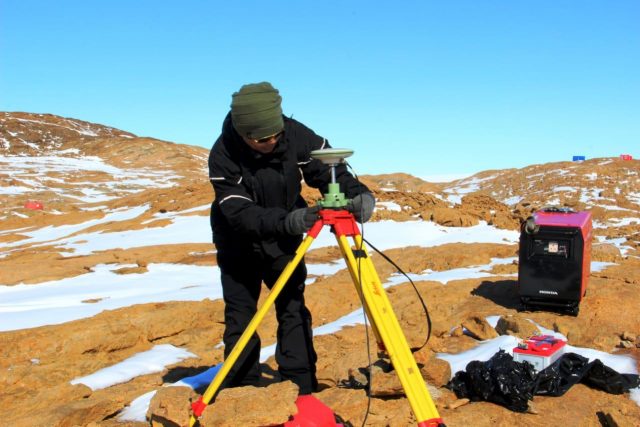 Our Indian peninsula thrusts out like a great fort across the most traditional sea-routes of the earth. In spite of this we have allowed our adversaries to create a diversion in the inhospitable lands of the Indo-Tibetan border while, insidiously, tightening their control on our rich oceanic highways. They need to dominate these sea lanes in order to power their growing industrial might with oil from the Gulf. Then, by way of additional muscle-flexing, they are asserting their exclusive rights to the South China Sea. By that argument we should claim ownership of largest bay in the world, the Bay of Bengal, our own Andaman Sea and the unfathomed treasures of the Indian Ocean. We should also own the world’s most reliable life-giving and trade-propelling storms, the Monsoons! 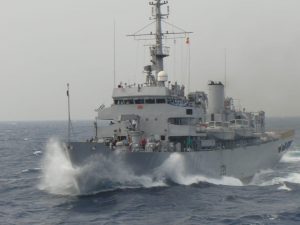 Now, our Raksha Mantri has proclaimed our inherent right to freely navigate the waters of the world, regardless of the claims of the Dragon. In fact a specialised department of the Indian Navy has been doing this for decades without much fanfare but with growing international clout. It is the National Hydrographic Office based in Dehra Dun. It is not the Indian Naval Hydrographic Office, though it is manned by highly trained Indian Naval personnel along with their civilian counterparts who are also trained hydrographers. 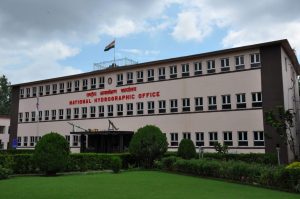 Hydrographers are, quite simply, map-makers of bodies of water. The main difference between the two is that while land surfaces are fairly stable, water surfaces are not. The level of the sea, for example, rises and falls with the tug of the sun and the moon: the tides. Also with storms. Consequently, the people who drive ships have to know, not only what lies on the surface, but also what lies below including, the sunken wrecks of other ships. Then there is the invisible tug of ocean currents which are powerful rivers flowing within the oceans. Finally, since there are no signposts on the deep blue sea, hydrographers have to use other signposts in the sky, like the sun, stars and earth’s invisible magnetic web centred, roughly, on the North and South Poles.

These, then, are just some of the many factors that hydrographers have to take into account when preparing their high-precision maps of the oceans. They also have to update them constantly whenever the forces of man or nature change the surface or under-water configuration of Lord Varuna’s Globe-embracing empire. The NHO’s seven, specialised, ships survey the waters and coastlines of their selected areas. They then feed the data back to the National Hydrographic Office in Dehra. According to the NHO “the digital data recorded by our ships and units undergo rigorous verification for Quality Control before it is provided to mariners in the form of Nautical Charts and Publications.” Numerous challenging tasks and surveys have been undertaken for Mauritius, Seychelles, Tanzania, Maldives, Myanmar, Sri Lanka, Indonesia, Oman and Kenya. So far the NHO has completed 80 hydrographic surveys for 10 foreign countries. It also has over 300 charts and Electronic Navigation Charts covering Indian and foreign waters. Indian Hydrographers and Mauritian surveyors have set up, in Mauritius, the Regional Hydrographic Training Centre for Africa, the Persian Gulf and South East Asia. It has trained 795 hydrographers from 39 friendly countries.

Moving down to one of the earth’s Polar Regions, wombs of the world’s weather, our Indian Naval Hydrographic teams were first stationed there in 1994. They have been mapping the South Pole’s frigid, but very sensitive, region ever since then. Before you ask yourself “What are hydrographers doing in an ice-bound sea which few ships sail through?” remember the Titanic. That super-luxury ship hit a monstrous iceberg, in the Atlantic, on its maiden voyage from London to New York. That floating mountain of ice killed 1,500 passengers and crew in the icy waters of the Atlantic.

Thanks to advances in technology, and the growing network of hydrographers worldwide, that great tragedy is unlikely to be repeated. Using Sound Navigation and Ranging (SONAR), also used by dolphins and whales, ships can detect such obstacles from a distance. Vigilant ships, equipped with such hi-tech Obstacle Avoidance systems, patrol polar waters.

We remember these Sentinels of the Sea, every year on World Hydrography Day, today, June 21.

(Hugh & Colleen Gantzer hold the National Lifetime Achievement Award for Tourism among other National and International awards. Their credits include over 52 half-hour documentaries on national TV under their joint names, 26 published books in 6 genres, and over 1,500 first-person articles, about every Indian state, UT and 34 other countries. Hugh was a Commander in the Indian Navy and the Judge Advocate, Southern Naval Command. Colleen is the only travel writer who was a member of the Travel Agents Association of India.)