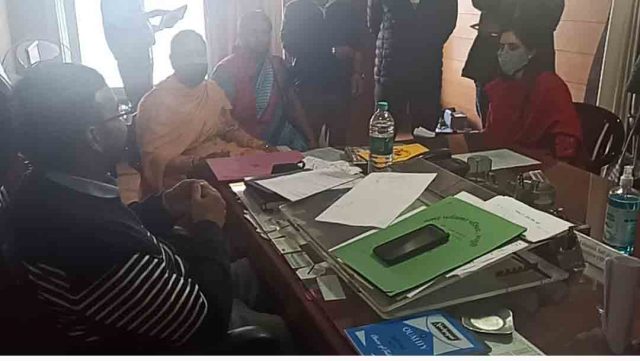 By Our Staff Reporter
Mussoorie, 18 Oct: The councilors of the Mussoorie Municipal Board have strongly objected to giving back the Kolukhet Eco Barrier to the contractor at an additional rate of 2 per cent of the earlier amount.
The councilors raised questions before Executive Officer Ashutosh Sati regarding renewal of the contract without holding a board meeting and consulting them. They demanded that the tender for the Eco Barrier be re-floated.
According to sources, after instructions of the State Urban Development Minister, the Eco Barrier has been given to the former contractor, again. The Councilors alleged that this was a violation of the Board’s rights. They opposed the minister’s interference. They declared they would launch a protest on the issue.
Members Jasbeer Kaur and Pratap Panwar said that the Eco Barrier issue should be brought before the Board. It is reported that the contract has been extended for one year to reimburse the economic loss suffered by the contractor, Naveen Kumar Aggarwal, during the lockdown.