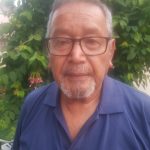 People of Uttarakhand (UK) are agitated about the current Land Law in force in the State. The core issue is restoration of the ‘Uttaranchal (UP Zamindari Abolition and Land Reform Act 1950 – Adaptation and Incorporation) Amendment Ordinance 2003 dated 12 September, 2003, with subsequent amendments.

At the very beginning of creation of the State of Uttarakhand (which was notified as State of Uttaranchal then), apprehending mass transfer of agricultural land to outsiders, people demanded enactment of a Land Law prohibiting unrestrained transfer of agriculture land and had even demanded imposition of Article 371, just as had been done for the States of J&K, Nagaland, Sikkim and so on. They cited the example of the land law in force the states of Himachal Pradesh and Gujarat. On the insistence of a social activist group of the state, the then government issued the ordinance.

The people of Himachal Pradesh too had demanded imposition of Article 371 there at the time it was granted full-fledged statehood. It was rejected on practical grounds, since it would infringe upon the Fundamental Right of every citizen ‘to reside and settle in any part of the territory of India’ enshrined under Article 19 (e) of the Constitution. However, ‘Agriculture’ being a State Subject under List II-State List: of Seventh Schedule; within Article 246 of the Constitution (Entry 14); the Himachal Legislature amended its Land Law and laid down that agricultural land of the state could only be transferred to an agriculturist of the state. To meet the requirement of industrialisation, exception was made for entrepreneurs under the conditions specified by the State Government including guarantee of employment of youth of Himachal in the proposed ventures.

Besides the above facts, on account of weak and corrupt land management mechanism in UK, the restrictions of 500/250 sq metres area were openly violated. The case of transfer of 11,383 sq. metres (11.1838 ha) of agricultural land of village Singtali of Patti Dogi of Tehri Garhwal district to an industrialist of Delhi on 1 March, 2006, is a blatant example. During the present regime, the first CM, Trivendra Singh Rawat, not only withdrew the Ordinance dated 12 September 2003 (as amended) in 2018, but himself purchased land near the so called summer capital of Uttarakhand, in Bhararisain, and made it public to demonstrate that he had undone the Ordinance. No wonder, during his tenure, the Singtali non-agriculturist of Delhi was allowed to organise the foundation stone laying ceremony of his commercial venture on 20 March, 2020, performed by him in the capacity of Chief Minister during the Covid Lockdown period, where more than 200 persons took part. It is worth noting that, due to the Covid Lockdown, the annual convention of the State BJP unit was postponed during the same period.
It is a fact that it is too late and reinforcement of so called Bhu-Adhyadesh (Land Law Ordinance) 2003, is more or less redundant. The demand of activists that it should be enforced from a back date (from when the Ordinance was issued) may not be practical but their argument that this matter was at the very basis of agitation for a separate State of Uttarakhand is a point to be noted.

Garhwal Post has established itself as a credible, balanced and forward looking newspaper in India. Based in Uttarakhand, the daily is read by the aware, socially and culturally responsible, high-income elite of society.
Contact us: info@garhwalpost.in
dating websites in nairobi https://garhwalpost.in/top-ten-dating-apps/