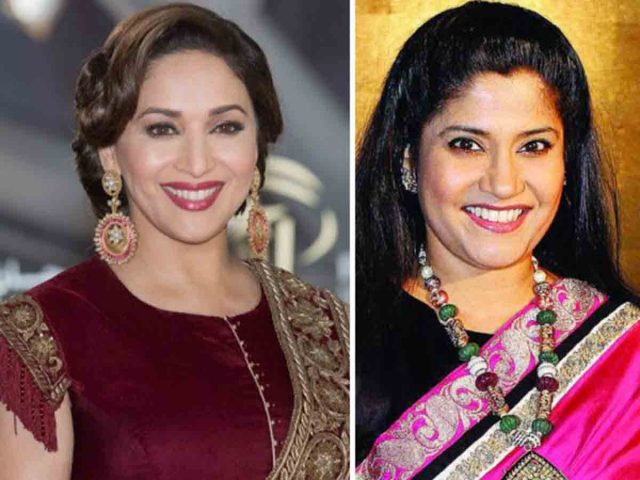 Actress-director Renuka Shahane says Madhuri Dixit is like a dream to work with, and would love to direct the actress someday.
The two have co-starred in the Bollywood hit “Hum Aapke Hain Koun..!” (1994) and Marathi film “Bucket List” (2018). They have also given a glimpse of their friendship on social media. For instance, Madhuri shared best wishes on Twitter during the launch of Renuka’s recent directorial “Tribhanga: Tedhi Medhi Crazy”.
Asked if they have another project together, Renuka told IANS: “She (Madhuri) is like a dream to work with. She is one of the best co-stars I have ever worked with, and she is such a nice human being.”
“I still feel that most of her talent has still not been tapped. I have always nurtured the dream of directing her one day. There are many ideas that are forming in my head. But once the script is done, and I feel that it is worth approaching her, I will definitely approach her and then we will see if that works out,” she added.
Renuka had made her directorial debut way back in 2009, with the Marathi film “Rita”. She returned as a director for the new Hindi film “Tribhanga: Tedhi Medhi Crazy”, which stars Kajol, Mithila Palkar and Tanvi Azmi.