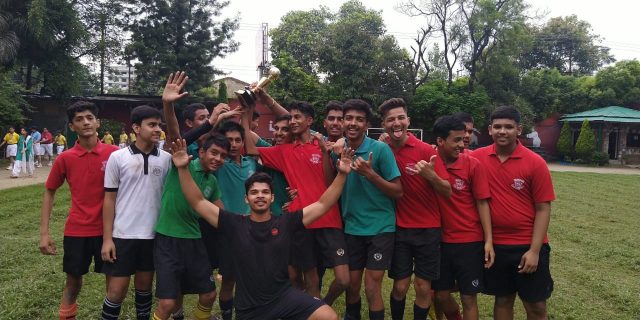 DEHRADUN, 1 Aug: Olympus High School held the final of its Inter House Boys’ Football Tournament, here, today. The match was held between Rig House and Saam House. Rig House emerged the winner. The event was energised by the students and teachers cheering for their respective teams. The tournament was held on league and knock-out basis. The semi-finals were held between Yajur House & Saam House, as well as Rig House & Atharva House. Saam House & Rig House qualified for the final. The runner up of the tournament was Saam House and the 3rd position was grabbed by Atharva House. The referee for the tournament was Arpit Rana. Dipanshu of Saam House scored the maximum number of goals and Shomey PS Negi of Rig House was adjudged the Best Player.