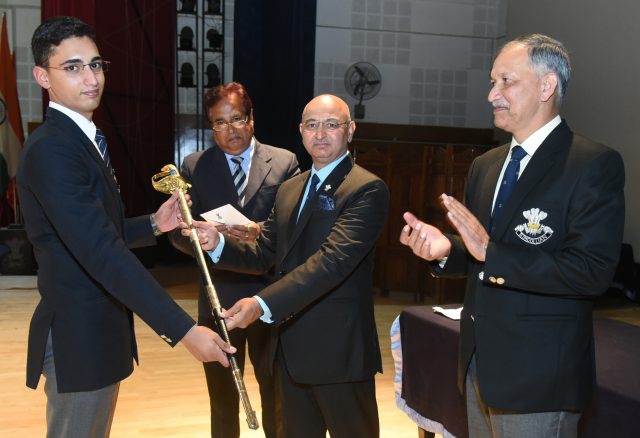 Dehradun, 7 Mar: Cadets of the 188th Course at the RIMC, who had recently graduated on 25 January, clinched four positions in the top 50 of the UPSC Merit List, bringing accolades to themselves and their Alma Mater. These Rimcollians have bagged the 2nd, 15th, 17th and 41st ranks in the Merit List released on 6 March.
Second on the Merit List is Rimcollian Pratham Singh, the former Cadet Captain of the RIMC, who also happens to be the recipient of the coveted Sword of Honour. While conferring the Award, Commandant, RIMC, Col Ajay Kumar postulated that Pratham’s parents had very pertinently named him ‘Pratham’. This young achiever hails from a family of illustrious officers. His grandfather, Col Tirath Singh, VrC, of 5th Grenadiers, displayed extraordinary heroism in the 1971 Bangladesh War. Pratham’s mother, Lt Col Anuvandana Jaggi, is a dedicated officer, who has been a mentor and a guide – a source of inspiration in SSB preparation, not only for Pratham but also for the other SSB candidates.
Rimcollian Shashwat Singh is 15th, Lakshya stands at 17th and KDS Kundan is in the 41st position.
Remarking on this feat of the ‘Scholar Warriors’, Commandant, RIMC, Col Ajay Kumar said that he attributed this success to his team of very dedicated officers and teachers, who had mentored them and, finally, the parents and the Cadets who had reposed faith and trust in the system.