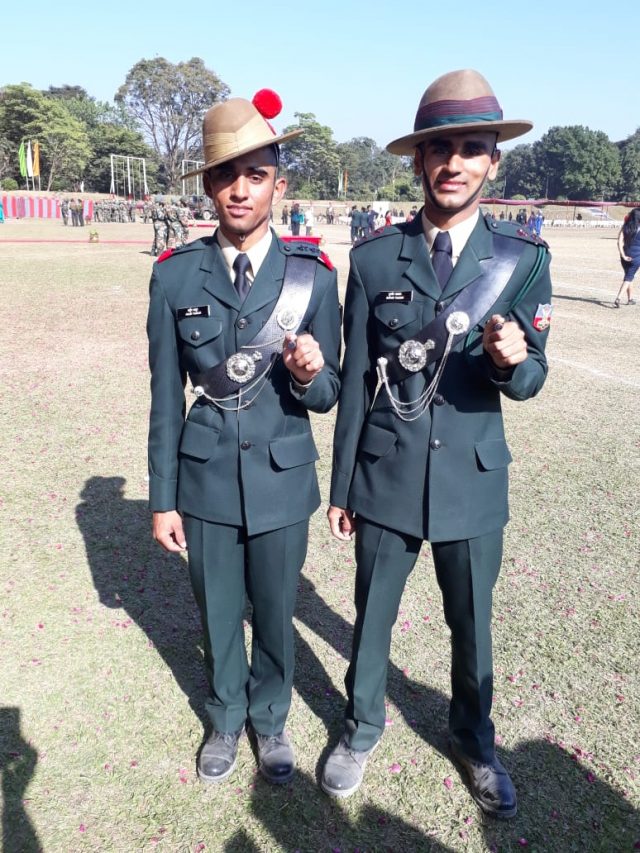 By OUR STAFF REPORTER
DEHRADUN, 8 Dec: A proud moment for RIMC where in 15 of its alumni not just got coveted commission as an officer into the Army but also bagged the top honors during the Passing out Parade, attended by galaxy of dignitaries on 8th December at IMA’s Chetwode Complex.
Its alumnus, Academy Cadet Adjutant, Arjun Thakur, Commanded the parade. He was awarded the Prestigious Sword of Honour for being All Round Best Passing out Gentleman Cadet and President’s Gold Medal for being overall first in merit. Academy Under Officer Gurvir Talwar, a third generation officer, was awarded the President’s Silver Medal.
Other awards to the RIMC alumni include Best in Tactics – AUO Gurvir Talwar, Para medal & best shot – CQMS (Cadet Quarter Master) Atul Tiwari, Best in Physical Training, Obstacle Training, OLQ (Officer Like Qualities) & The Most Motivated GC – BCA Bhaskar Gogoi and Best Sportsman – ACA Arjun Thakur.
The performance of these boys is a source of inspiration to all the young cadets at RIMC as they look up to make their career in the Armed Forces. It is a recognition of the well rounded grooming which is done by the faculty at RIMC and this does fill their heart with tremendous pride.
Living up to the reputation of the RIMC, the alumni have been performing exceptionally at all the Pre Commission Training Academies like NDA, Naval Academy, Air Force Academy and IMA. Rimcollians have been excelling in all the three Defence Services as well as in every walk of life. The current Chief of Air Staff is the senior most serving alumnus and there are three other Commanders in Chief serving in the armed forces.
“Pursuit of Excellence has been the Hall Mark of RIMC and I am happy that these boys have upheld the tradition and inspired the younger cadets who are studying here”, said visibly jubilant Col Vivek Sharma, Commandant, RIMC.