Celebrated lyricist Prasoon Joshi was in constant touch with late actor Irrfan Khan while he was going through a “really painful” treatment for his rare illness. Joshi says Irrfan’s brave fight against the disease is inspiring. Irrfan, who was diagnosed with a neuroendocrine tumour in 2018, passed away last week at the age of 54. He was admitted to Mumbai’s Kokilaben Dhirubhai Ambani hospital with a colon infection. He succumbed to his ailment in hospital. “I was in constant touch with Irrfan. I talked to him a lot during this crisis of what he was going through. It was remarkable to see (him fight the illness),” Prasoon told IANS. “His treatment was really painful. He had a rare kind of disease. Despite the painful treatment, he was trying to keep up with his commitments and he fought till the last breath. It is very inspiring,” he added. Prasoon also opened up on the demise of veteran actor Rishi Kapoor, who died on April 30 after battling leukemia. “I knew him for a long time,
and his family too. He was an alive person and he was
somebody who would light up the place, wherever he went. It is sad that they went pretty young — I mean Irrfan has gone really young, and Rishiji, in today’s time, also went pretty young,” said Prasoon, who added that
“even the grief is suffering” referencing to not being able to to pay his last respects to the late stars amid the ongoing COVID-19 lockdown.Recently, on work front,
Prasoon joined hands with Oscar and Grammy-winning Indian composer AR Rahman to give a musical tribute to the nation’s fight against COVID-19, with song “Hum haar nahi maanenge”. The song has been conceptualised to spread hope, positivity and motivation. The emotional track reminds people
that we all are in this together, stating that we will get through it together. The song is composed by Rahman, and the lyrics are penned by Joshi. The song was released by HDFC Bank last week. 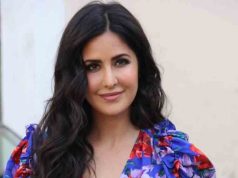 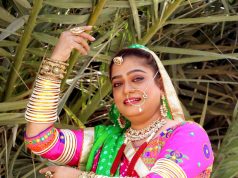