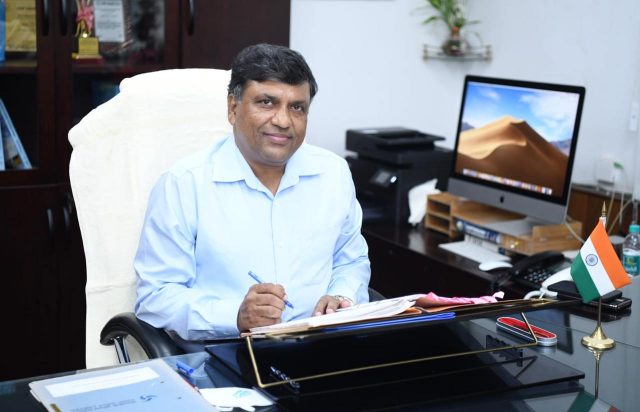 By Our Staff Reporter
Rishikesh, 6 Aug: RK Vishnoi assumed charge as Chairman and Managing Director of THDC India Limited today.
Prior to this, Vishnoi was Director (Technical) in THDC. On assuming charge as CMD, Vishnoi held a meeting with Key Management Personnel (KMP) and Heads of the Projects/Departments. He outlined that his first and foremost priority would be to transform THDC into a seasoned power sector company in the dynamic contemporary power scenario. He also stressed on boosting in-house innovative interventions in operational as well as under-construction projects.
RK Vishnoi has more than 34 years of rich experience in Design, Engineering and construction of hydro project structures. He joined THDCIL in 1989 at the level of Engineer and worked in different capacities and rose to the level of General Manager in year 2013 and thereafter was elevated as Executive Director in 2016. Apart from heading the Design Department, he also held additional charge as Executive Director, Vishnugad-Pipalkoti Hydro Electric Project (VPHEP). He has various achievements to his credit while working with the Tehri, Koteshwar and Vishnugad-Pipalkoti hydro projects.
Vishnoi is a Graduate in Civil Engineering from BITS, Pilani, and he has also attained the qualification of MBA and has undergone Professional Upgradation Programme in Design and Construction of Hydraulic Structures and Hydropower Constructions from State University of Moscow, Russia. He has also attended the Advance Management Programme in Leading Strategic Change from ASCI, Hyderabad, in association with SDA Bacconi School of Management, Italy.
He has significantly contributed as member of the World Bank Expert Group to deliberate on and constitute guidelines in respect of contracts during various interactions with World Bank Headquarters, Washington (USA), at their invitation. He is also currently representing India at the International Commission on Large Dams for Technical Committee on Seismic Safety of Dams.
He has delivered notable keynote lectures in several countries such as Spokane (US), Washington DC (US), St Petersburg (Russia), Chengdu (China), Beijing (China), Porto Carras (Greece), Antalya (Turkey), Ottawa (Canada), Singapore and Nepal. 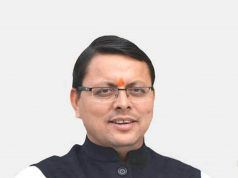 Garhwal Post has established itself as a credible, balanced and forward looking newspaper in India. Based in Uttarakhand, the daily is read by the aware, socially and culturally responsible, high-income elite of society.
Contact us: info@garhwalpost.in
https://garhwalpost.in/best-dating-apps-for-executives/