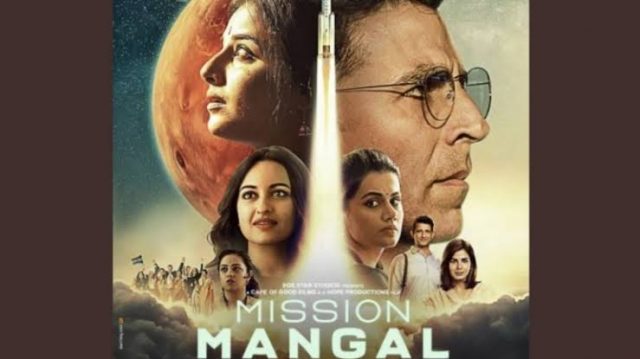 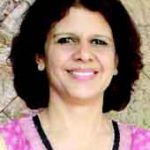 The maiden interplanetary mission of ISRO in 2013 of sending MOM (Mars Orbiter Mission) to Mars remains a proud moment for India. The achievement straightaway got registered in history as a stupendous record; where others failed, India was successful. If one looks at the constraints it passed through during its planning, implementation, and execution phases, the effort is commendable. Making India proud and astonishing other players, India’s satellite entered Mars’s orbit in the very first attempt, costing fractions of NASA’s Mars mission, and with several other countless credits. It was light weight, had more gadgets fitted into small space, miniaturised payloads and required meagre fuel in comparison to the humongous distance it covered. The true economics of space travel, merely at a cost of Rs 7/-per km is something to boast of. It is a well-known fact that NASA drains the best of our space engineers and scientists. Only the ones with the patriotic sentiment work here to make the country shine in space probes. When the unadulterated patriotism merges with their life’s mission, only then history is created and a seemingly insurmountable mission like Mangal yaan becomes a triumphant story. Mission Mangal is inspired by this glorious event and the dedication of the team who made this space probe successful. Strategically released on the day when India celebrated 73 years of independence, this movie becomes a tribute to those ISRO heroes who made the impossible task plausible. The team surpassed all odds including the demons that fought at personal front; still giving their heart and soul to it. The movie begins at a nervous note. The team head at ISRO, Rakesh (Akshay Kumar), is ready for a launch. Unfortunately,it fails within minutes of its launch and had to be commanded to self- explode. The project head, Tara (Vidya Balan), ignored a minor error reported seconds before the launch but Rakesh takes responsibility of the failure upon himself with utmost grace. The superiors shunt him to work on an impossible project, i.e., Mission Mars, a dream where US, Russia have failed. Cruel intention to engage him in a task that would never see the light of the day didn’t become a deterrent. Tara persuades Rakesh to work on it. Meanwhile, a senior experienced Indian Scientist (Dalip Tahil) from NASA takes over who carries loads of praise for NASA and demeaned views about ISRO. He intentionally hands over a bunch of inexperienced and junior staff to work under Rakesh. At times a good opposition makes one work harder. This move makes them resilient. The abled supervision of Tara clubs with the motivational thought derived from Abdul Kalam’s quote, “Dream is not that which you see while sleeping, it is something that does not let you sleep.” The team comprising Kritika (Taapsee Pannu), Eka (Sonakshi Sinha), Neha (Kir tiKulhari), Varsha (Nithya Menen), Parmeshwar (Sharman Joshi) and Ananth (HG Dattatreya) initially show disinterest but very soon Tara and Rakesh conquer this weaknesses. Tara does the brain churning, pumps enthusiasm in the team that works with full steam and rest is known to all. Writer Balki along with Jagan Shakti, the director of Mission Mangal, simplify all jargons at ISRO in ways understandable to the audience. Use of elementary ideas and easy-on-brain experiments made the complex situations easy for viewers. Cinematic liberties render few scenes dramatic but they nowhere eclipse the entertainment factor. As easily as winking and sequentially, each department head finds a solution to the respective tangled tasks and situational dynamics – whether it is fuel saving, weight reduction, organising the space inside the vehicle, motivation, domestic challenges etc., through fundamental solutions coming from kitchen or from a picture on a cushion or a poster. All this may make us laugh but many of the great inventions have emerged from simple ideas. The curiosity to know more about how things actually work inside ISRO remain unaddressed. Mangal Mission possesses a rich screenplay that makes us experience all kinds of emotions. There are moments of triumph, nervousness, accomplishment, patriotism, lesson-giving, passion, frustration and anger. The close ups of the launch pad ready for take- off, the steam, cloud of dust, smoke, fire, pressure of failure; we feel the pins and needles. The heart prays for India and wants the mission to take off flawlessly. This is the kind of engagement it provides. The sensitive handling of the climax in particular is thoughtfully crafted, infecting one and all with nervousness and then with triumph. It is the glorious moment of ordinary people performing the extraordinary with limited resources. Akshay Kumar with his svelte presence as project director and Vidya his parallel support do wonders for the film. The other team heads in Pannu, Sonakshi, Kriti, Nithya, Sharman and Dattatreya support adequately. Sanjay Kapoor, the nagging husband of Tara, struggling hard to single handed-ly manage grown up kids, performs well. The show stealer remains Vidya Balan. With her charm, amiable presence at home and in office, she handles oddest of odd situations with ease and sensibility. She is a character worth emulating, a true role model as a homemaker, scientist, colleague, team leader, wife, daughter-in-law and a woman. Mission Mangal proves that women are multi taskers- handling kitchen, home, giving birth, caring for the sick members at home, managing profession and its demanding challenges so graciously is not-to-be-missed observation. Dreams and emotions can propel us to another planet. India has humongous potential that remains untapped because of lack of motivation and guidance. There is no dearth of patriotism but it lays in dormant stage. Movies like Mission Mangal have the power to move and shake patriotic cells, infuse motivation to do something for the country. Not to forget here that what we achieve for the country, we achieve for ourselves too.