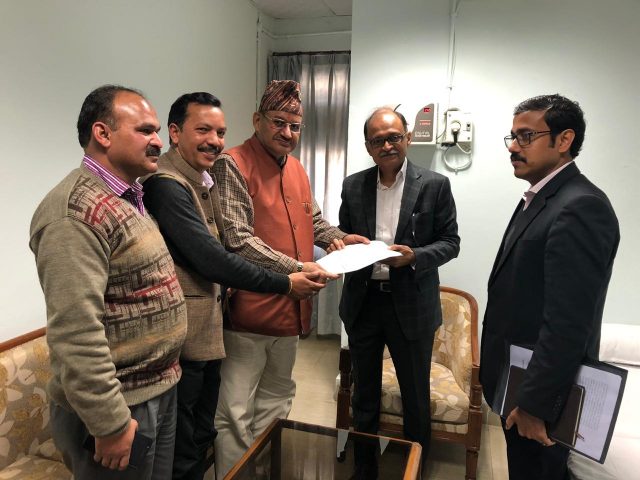 MUSSOORIE, 10 Dec: Action was to be taken on 12 December on the eviction of 80 families living on municipal land at Shifan Court, here. There is resentment against the government and local administration among the affected families as time has not given to them for rehabilitation. The members of the 80 families have requested Mussoorie MLA Ganesh Joshi that time be provided to them for this purpose. MLA Joshi met Uttarakhand Chief Secretary Utpal Kumar and District Magistrate C Ravi Shankar and urged them to provide some time to these families so that they could be shifted to other places. Joshi said that after construction of the Mussoorie Purkul Ropeway Project, tourism in Mussoorie would get an immense boost. He told the Chief Secretary that before commencement of construction work, all the families should be given time till 31 December to shift elsewhere. The Chief Secretary has, hence, instructed the District Magistrate to take action on removing illegal encroachment only after 31 December. Present on the occasion were Mussoorie BJP Mandal President Mohan Petwal, Manoj Joshi and others.

Garhwal Post has established itself as a credible, balanced and forward looking newspaper in India. Based in Uttarakhand, the daily is read by the aware, socially and culturally responsible, high-income elite of society.
Contact us: info@garhwalpost.in
unparseable date