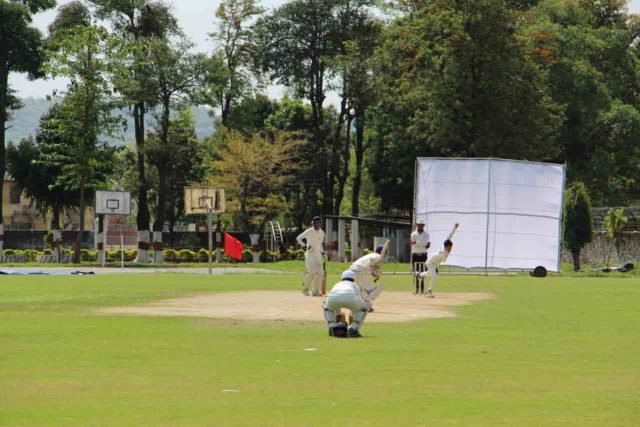 By Our Staff Reporter
Dehradun, 4 Feb: The ‘Ram Panjwani Memorial Cricket Tournament’ is slated to begin tomorrow. The tournament is being organised by MAMS Cricket Academy, a unit of Maa Anandmayee Memorial School (MAMS), Raiwala, as part of its vision to promote grassroots sports and give an impetus to budding talent.
The tournament will be played in the League cum Knock out format and each match will be of 35 overs a side, played with red balls.
According to MAMS Director Arpit Panjwani, it has been the school’s relentless endeavour to promote competitive spirit and provide exposure to its students at a very early age and, hence, the management takes pride in organising events for Junior boys.
He briefed the media about the recent resumption of the academy in collaboration with Coach Dhruv, a former Ranji Trophy Cricketer and past Coach of the Uttarakhand Under 19 Team. He said that the academy is running in full flow and is now offering residential facilities to aspirants wishing to focus on their game full time. Further, the school has now converted to CBSE, which will be an added advantage for students to be able to cope with their academics and also get to play the school nationals. He added that live scores of the Cricket Matches will be available on the Cric Heroes App and the tournament is being played under CAU regulations having got approval from the governing body.
The participating Teams are Himalayan Cricket Academy;
Astha Cricket Academy; Deep Bauntiyal Cricket Academy; Naman Cricket Academy; and MAMS Cricket Academy.
MAMS Principal Kesar Patel extended her best wishes on the occasion. She gave a brief background of the pedagogy of teaching being used at MAMS for the better learning and development of the children. The school has all the facilities and takes care to groom the children for their overall development.