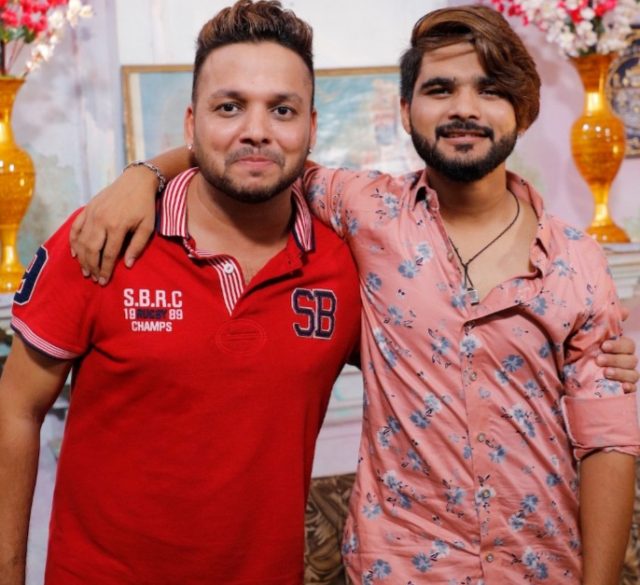 “I am very, very blessed to have Choklate Pi Single in my life. He has been instrumental in shaping my career post-Indian Idol. From day one, he has been there at my side, from concerts in India to international shows, from TV shows to press appearances.

This project ‘Yaar Mila De’ is really special. I was immediately drawn to its spirituality. It has a roohaniyat that brings you closer to God through its lyrics and beat. As soon as I heard the song, I knew I wanted it. It’s pretty rare to get a song you immediately know as an artist you unquestionably want to sing. This was one such song. Since the tune commands a duet style and chorus, I knew I wanted Choklate Pi Single to be my co-singer. Initially, he was reluctant, but I insisted and told him I would only sing this song if he sang it with me. So he really didn’t have a choice,” reveals Salman Ali about his latest track.
Choklate Pi Single adds, “Currently, we are in the UK on tour with Ankush Bhardwaj, our first UK tour post-lockdown. ‘Yaar Mila De’ is my acting and singing debut, and I hope you will love the efforts we have all put in as a team. But as we are in London, we have decided to launch the song while in the UK. I am sure you will enjoy it. So do tune in and continue to shower your love and blessings both nationally and internationally as you have been doing.”
Rishab Walia, who has directed the music video, concludes, “I have always been a huge fan of Salman Ali. So I had mentioned to Choklate Pi Single from day one that I want to work with the singer. ‘Yaar Mila De’ is my 4th song for Musiq Pie. So it’s been a wonderful experience for me. ‘Yaar Mila De’ was an amazing experience to have Choklate Pi Single singing and acting for this one. I hope you will enjoy watching and hearing the song just as much as we did while creating it for you.”