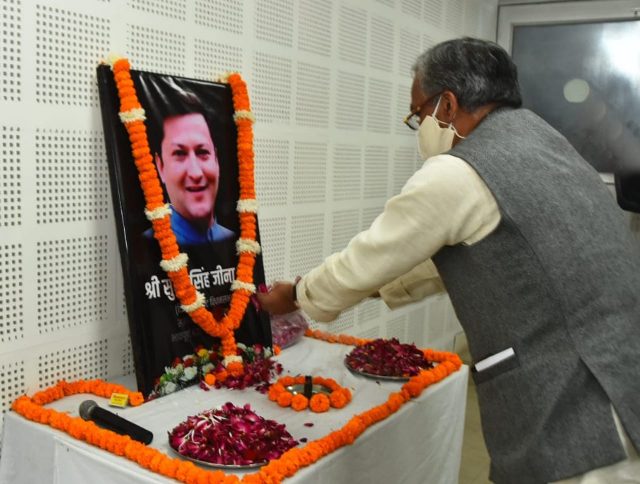 By Our Staff Reporter
Dehradun, 12 Nov: BJP MLA Surendra Singh Jeena, who represented the Salt Constituency, died early this morning at the Sir Gangaram Hospital in Delhi. He was found infected with the Covid-19 and had been admitted to the hospital for treatment.
It may be recalled that his wife had passed away on 27 October of a heart attack.
This has sent a wave of grief through the Salt-Bhikiyasain area, as he was a very popular leader, being a three-time legislator.
Governor Baby Rani Maurya, Chief Minister TS Rawat, Vidhan Sabha Speaker Premchand Agarwal, State BJP President Bansidhar Bhagat, Minister Satpal Maharaj, Congress State President Pritam Singh and a large number of leaders have expressed grief at his passing.
A number of condolence meetings were held at several places, including the BJP State Headquarters to mourn his death.
Jeena was one of the most active legislators of the state. He was among the MLAs who posed the most questions and enlivened the House with his wit and exuberance.