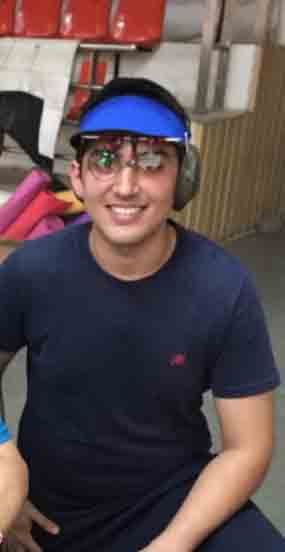 Dehradun, 10 Feb: International shooter Samarjit shot a record breaking 580/600 in Air Pistol to clinch the Gold in the senior category of the 19th Uttarakhand State Shooting Championship held here between 1 and 9 February. Prior to this competition, Samarjit has won many laurels for the country. Winner of 11 International medals and over 35 National medals, he remained in the National junior squad for 5 years.
“I shot after a gap of one year as all ranges were closed due to the pandemic and most of my training was based on visualisation,” says the champion shooter.
Son of National Shooter Mukuljit Singh and a product of the Doon School, Samarjit has to his credit a Gold at the Asian Shooting Championship, Tehran, in 2013 and a Gold in the Czech Republic in 2014. He was ranked 12th in the world at the World Championship in Grenada, Spain, in 2014. Currently pursuing law from OP Jindal Global University, Samarjit was the captain of the shooting team of St Stephen’s College, Delhi, from where he did his History Honours.