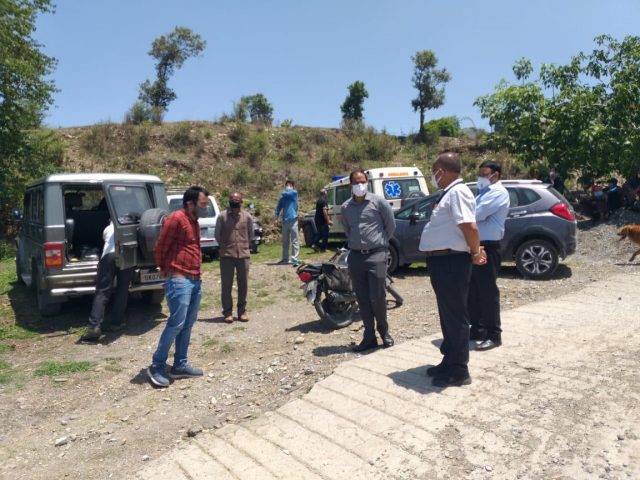 Mussoorie, 24 May: Sanitation and vaccination was condition in villages Dudhli and Chaskhet under the joint aegis of the District Administration, Health Department and Municipality.
On this occasion, antigen tests of 65 people were conducted by the Health Department team, in which 4 people were found to be corona infected, who were home isolated and also provided necessary medicines.
On this occasion, 31 people above the age of 45 years were also given the Corona vaccine. The administration also distributed Ivermectin tablets to the villagers. Villagers were made aware of Covid precautions.
The administration also sprayed sodium hypochlorite in Dudhli and Chaskhet areas. The SDM, Mussoorie, said that the administration is fully aware of needs of the rural areas. People’s corona tests and vaccination are being done by the health department.
He said that, during inspection, it is seen that many villagers are hiding the symptoms, which is wrong. He said that such people should get corona tested. He claimed that the corona infection had been curbed to some extent in Mussoorie. Corona infected patients are recovering in large numbers.
Present on the occasion were Executive Officer Ashutosh Sati, Mussoorie Covid-19 Incharge Dr Pradeep Rana and others.