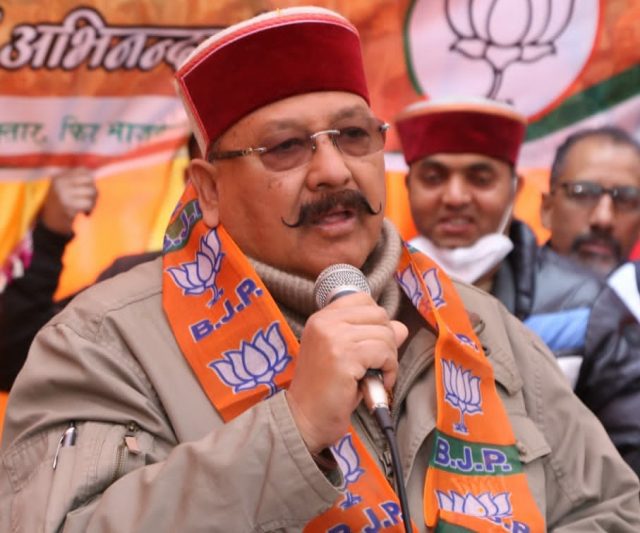 By Our Staff Reporter
Pabo (Pauri) 23 Dec: Senior Cabinet Minister Satpal Maharaj today called upon the people of Pauri district to vote for BJP in order to ensure rapid development. Addressing the BJP’s Vijay Sankalp Yatra rally at Pabo in Pauri, here, Maharaj said that Prime Minister Narendra Modi had given all-weather roads to Uttarakhand and recently another huge amount of Rs 18,000 crores for new development projects. Maharaj further observed that, for long, he had dreamt of Rishikesh-Karnaprayag Railway Line and now Prime Minister Modi was fulfilling it.
The Vijay Sankalp Yatra was accorded a warm welcome at all the places that the rally has been going through, namely Naugaonkhal, Kirkhu, Riwanda and Masaun areas of Chaubattakhal assembly constituency, today. It may be recalled that Maharaj represents Chaubattakhal assembly constituency as MLA.
While addressing a public meeting organised on the arrival of the Vijay Sankalp Yatra from Masaun to Pabo, State Cabinet Minister Satpal Maharaj emphasised the importance of the ‘double engine government’ and added that power stations would be of no use if there were some line faults in the supply of power to the homes. Modi Government at the Centre was a power house and the BJP Government in the state was the power line. If Uttarakhand’s power lines remained connected to the power house, then the state would continue to progress well.
Maharaj said that, when the Prime Minister came to Uttarakhand, recently, he gave a huge amount of Rs 18,000 crore to the state, which was in addition to the Rs 1 lakh crore projects already running in the state with the help of the Centre. He also reminded that PM Modi had announced from the Devbhoomi that the coming decade belonged to Uttarakhand. In order to realise these objectives, it was imperative that the people elect the government with the power of the double engine.
Addressing the public meeting, Cabinet Minister Dhan Singh Rawat said that rapid development work was being done in Uttarakhand under the leadership of Prime Minister Narendra Modi. Keeping in mind the health security of all, through public welfare schemes like Atal Ayushman Card, Kisan Samman Nidhi, development was underway in Uttarakhand.
During the Vijay Sankalp Yatra and public meeting, BJP leader Virendra Singh Bisht, state spokesperson Vinod Suyal, Pauri MLA Mukesh Koli, district BJP President Sampat Singh Saral, Manik Nidhi Sharma, Matbar Singh Rawat, Narendra Singh Rawat including many BJP workers and office bearers were also present. 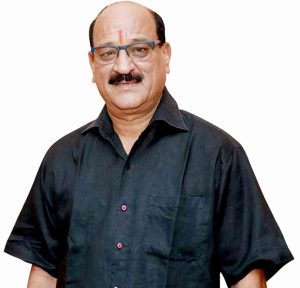 People of Chaubattakhal constituency fortunate to have Maharaj as MLA: Subodh Uniyal
By Our Staff Reporter
Satpuli (Pauri), 23 Dec: Cabinet Minister Subodh Uniyal, while addressing the Vijay Sankalp Rally in Satpuli, said that the people of Satpuli and the entire Chaubattakhal constituency were fortunate to have a senior leader like Satpal Maharaj as their MLA.
Uniyal said that rapid development work was being done in Uttarakhand under the leadership of Prime Minister Narendra Modi. All-weather roads, village-to-village electricity supply, public welfare schemes like Atal Ayushman cards, Kisan Samman Nidhi had been taken to the public. He added that, under the leadership of Modi, with the resolve of Sabka Saath Sabka Vikas, BJP would form the government with a majority in the coming assembly elections. Cabinet Minister Uniyal said that the people of Chaubattakhal were fortunate to have got a leader like Satpal Maharaj. He said that, in the past, when Satpal Maharaj used to talk about taking a train from Rishikesh to Karnaprayag, no one believed it but Modi had made that dream possible and, presently, work on this Railway project was going ahead very rapidly.
Maharaj said that when the Bharatiya Janata Party took a resolution, it was definitely fulfilled with the cooperation of the workers. The BJP government took a pledge to build the Ramjanmabhoomi temple and that was being realised. With the decision to abolish Article 370, the country took a pledge for holistic development, which was being completed rapidly. Maharaj said that he had taken a pledge for the Karnprayag railway line, which was becoming successful today due to the efforts of Prime Minister Narendra Modi.