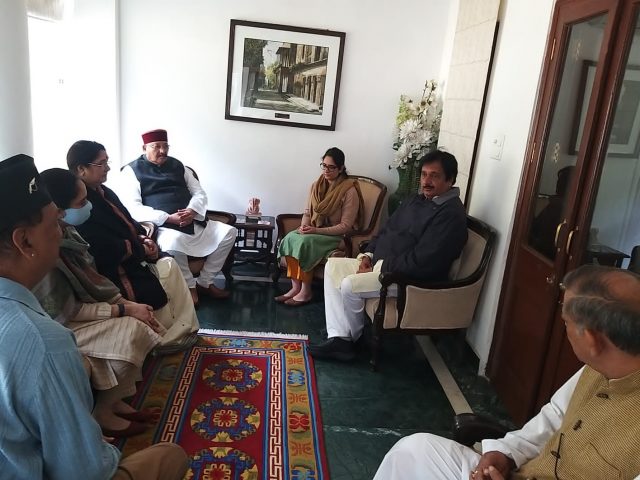 By Our Staff Reporter
Dehradun, 14 Dec: PWD, Tourism and Religious Affairs Minister Satpal Maharaj today reached the New Delhi official residence of deceased General Bipin Rawat to pay tribute to him. It may be recalled that General Rawat had died along with his wife Madhulika and 12 other senior defence personnel in a chopper crash on 8 December.
Maharaj expressed his condolences to the bereaved family. Maharaj was accompanied by his wife and former Cabinet Minister Amrita Rawat on this occasion. Along with Maharaja Pushpraj Singh of the Rewa royal family, they met the daughters of General Rawat and offered their condolences to them.