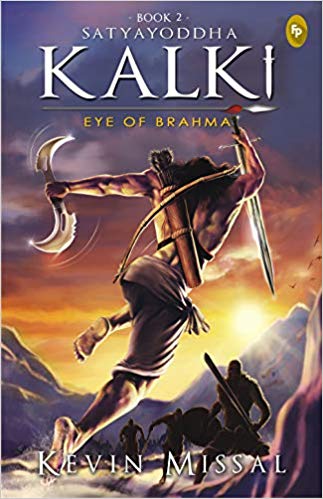 (By Kevin Missal. Nominated in the category of English Fiction for the REC-VoW Book Awards, 2019.)

Excerpts from the interview with Kevin Missal: 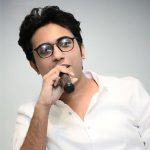 Your books have been a wide success and have received a lot of positive response from the readers. How would you describe your journey so far?

Quite tough! It’s a pretty long journey for a writer. You need to make a lot of sacrifices. When I published my book and had to get my marketing money, I sold my car. I faced the initial challenges every young writer faces but, obviously, it has been a very satisfying journey so far.

Kalki is the tenth avatar of Vishnu according to Hindu belief, but unlike other avatars the description of Kalki is inconsistent through various Hindu texts. How did you come up with Kalki’s portrayal in the book? What kind of research did you do before writing his character?

I read Kalki Purana, which is a pretty recent text and is not as old as the other Puranas. The Kalki Purana was written in around 18th century, which was pretty late for a Purana to happen. Kalki was actually created because of the invaders India was facing during that time – people wanted a flag-bearer who could fight the evil. When you look at Star Wars and compare Luke Skywalker’s and Kalki’s stories, we realise that it is absolutely the same. Kalki is about a guy who is from a small village, learns he is an avatar of Vishnu, goes to the mountains, learns how to fight to become strong and godly and returns to fight evil.

Another interesting character that takes a surprising turn in the story is Arjan. Do you think what he achieved at the end of the second book was justifiable at the cost of what he lost?

Interesting question! I don’t think it’s about justifying but at the same time we see where he comes from and why and what he does, so a particular justification is that it’s very subjective. The question is for the reader instead because, by the end of the second book, we see that he isn’t exactly the same person he was. But, that’s the thing, the characters have to keep moving and changing. In Kalki 3, too, Arjan takes a surprising turn of events again.

The book ends in a major cliff-hanger and eventually Kali learns new things about his past heritage and family. What would you say about his journey throughout the story?

For me, Kali isn’t always the villain, he is coming from somewhere and has seen so much, he has seen being neglected by the society to being loved again. What I liked about Kali was that we can understand why he wants to get something he strives for. Kali isn’t an evil man, he is just a guy with pretty twistable actions. He is a victim of his circumstances.

What’s up next for you? When should the readers expect the third and final book in the series?

My next book is on Lord Narasimha. It is another series altogether. It takes 2000 years prior to Kalki. It is a story of Hiranyakashyap, Narasimha and Prahlad and how they come together. Narsimha has always been portrayed as a very angry god and that is why I wanted to show why he is portrayed as angry. After that it is Kalki 3 and then there is a secret project I am working on with my publisher.

Kevin Missal is a twenty-two-year-old graduate of St Stephen’s College. He released the first book of the Kalki Trilogy, Dharmayoddha Kalki: Avatar of Vishnu, in 2017. It has been praised by many reputed newspapers, such as Millennium Post and Sunday Guardian, which termed it ‘2017’s mythological phenomenon’. Kevin loves reading, watching films, and building stories in his mind. He lives in New Delhi and can be contacted at kevin.s.missal@gmail.com.

For the complete interview, logo onto www.valleyofwords.org