Home Mussoorie Scam alleged in 2013 relief funds
SHARE
Facebook
Twitter
By Sunil Sonker
Mussoorie, 18 Apr: Local advocate Ramesh Kumar Jaiswal has alleged that a huge scam has taken place regarding the relief fund released by the Union Government after the natural calamity that occurred in 2013 in Uttarakhand. He said that according to information received through RTI, there was more than Rs 1509 crores difference in the amount received by the Uttarakhand Government and that which was used. He alleged that a huge scam had been done by the politicians and bureaucrats.
He said that a PIL had been filed by him in the Supreme Court on the matter, but it was rejected and he was advised to take the matter to the High Court. Now, he has filed a complaint with Lokpal with all the evidence he had.
Ramesh Jaiswal further alleged that the Uttarakhand Government had also not provided relief of Rs 1.5 lakh to the families of those killed in the 2013 disaster. He had also filed a complaint with the Prime Minister’s Office, which had been transferred to the Home Ministry. A recommendation for a CBI inquiry into the case was expected but, unfortunately, no action had been taken. He had asked the Lokpal to investigate the whole matter and to recover the entire money from the politicians and bureaucrats involved and strict action taken against the guilty. 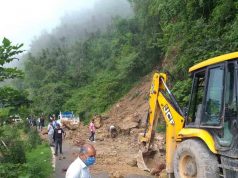 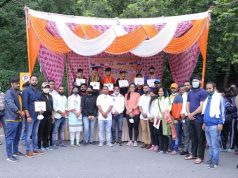