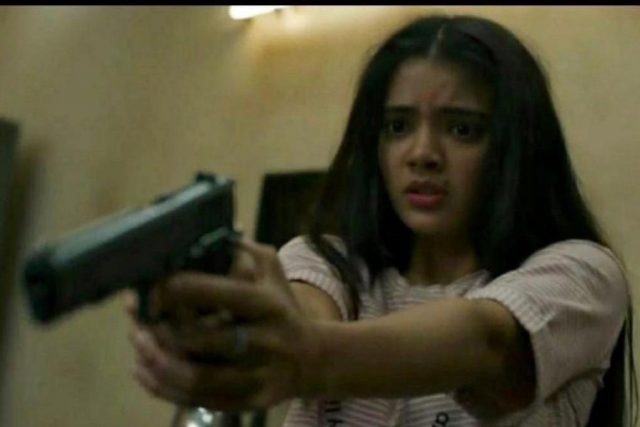 By SIMRAN KAPOOR
DEHRADUN, 23 Nov: “To be able to tell the stories of people and how they feel and what they go through, that is what inspires me everyday to keep at it,” says Tejasvi Singh, of “A Simple Murder” web series fame, released on Sony LIV recently.
Tejasvi Singh Ahlawat, a resident of Doon and an alumnus of Convent of Jesus and Mary, has formerly appeared in Yash Raj Film, “Mardaani 2” and Telugu film “Mr Casanova”. She is daughter of Sunita Singh who runs a rehabilitation centre in Doon for alcoholics. Here are some snippets from the interview that we had with the budding super star from Doon. 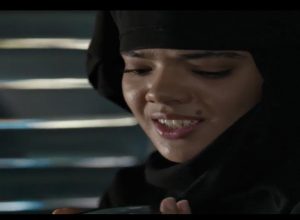 “A Simple Murder” has received amazing reviews all across the industry, and is still gathering greater momentum. How does it feel?
Of course it’s a very overwhelming feeling when you see your project do so well with the audience. The reviews have been so amazing and I feel extremely grateful to have been part of such a brilliant show.
How was your experience working with such a reputed and talented cast, making your debut in the OTT platforms?
I had the best time of my life working with the cast and crew on this project. We were like our own little family for almost a month and a half, and it couldn’t have been better. Not only are they extremely talented, but super generous and beautiful people. Since I was the youngest on set, I was very much taken care of by everybody.
You’ve also worked with Rani Mukherjee in Mardaani 2, where you played the role of Latika. Seems like you’ve always been the favorite of murderers, as we can see in the trailer. How is this work different from your previous work?
(Chuckles) Yes, I do seem to be their favourite. In fact I have memes saying wherever there’s murder you can definitely find Tejasvi! It is very different for two reasons, first one, you’ll have to watch the series to know if I get murdered like I did, formerly in, Mardaani 2 and Mr. Casanova, and two because the character of Priya Dawas that I play in this is very different from Latika in Mardaani 2. Priya is a very rebellious girl who will do anything for love, because her idea of love is so innocent that the world even with all its negativity and hatred couldn’t taint it. And she knows very well how to fight for it. She also doesn’t trust people too easily, and listens to her gut instinct about people and honestly, is quite quick to think on her feet.
Tell us about your journey from being a Doon girl, to making it to the silver screen? What challenges and support system did you have?
It’s been such a fun and enriching journey. I’ve been really blessed to have met and worked with some of the best talents of our country and to have been part of really good projects that have been loved by all. So I have no complaints. And my constant support system always has been my family, my mother and brother, and my two best friends Simran and Deeksha. I have been fortunate to have had the right support from a lot of other people at the right time too, but these definitely have been my constants since I was a kid.
Where have you trained in acting? How is your daily schedule of rehearsing, during and off shoot?
I trained with Arvind Gaur sir, at Asmita theatre group in Delhi for two years in street and stage theatre. Post that, I took up four workshops in the next two years to study the Stephen book and Mesiner technique deeply. My process so far for every character has been very organic, I just do what is required by the scene. But yes, most of the work on craft happens on off days when I’m watching and rehearsing monologues in my room, or reading Court Martial out loud to improve my diction. The physical movement and voice work is a part of my routine which rewards me when I’m on set because everything becomes so easy and just flows.
Is there any sequel coming up for the same series? Are you a part of it?
(Giggles) You never know, but at the moment, I’m not at liberty to talk about.
Who is your biggest inspiration and where do you see yourself in the coming years?
My biggest inspiration I think would be the world and it’s people. All kinds of people. To be able to tell their stories and how they feel and what they go through, that is what inspires me everyday to keep at it. In a few years, apart from acting I definitely see myself directing and producing content too, there are some passion projects that I would like to bring on screen.
You have such a good screen presence. When are we seeing you next on screen?
Thank you! I do get that a lot and I’m really grateful. Well I think the next time you see me you’ll know 🙂 but very soon.

Garhwal Post has established itself as a credible, balanced and forward looking newspaper in India. Based in Uttarakhand, the daily is read by the aware, socially and culturally responsible, high-income elite of society.
Contact us: info@garhwalpost.in
https://garhwalpost.in/best-bbw-dating-apps/ online christian dating sites https://garhwalpost.in/alcoholics-dating-each-other/