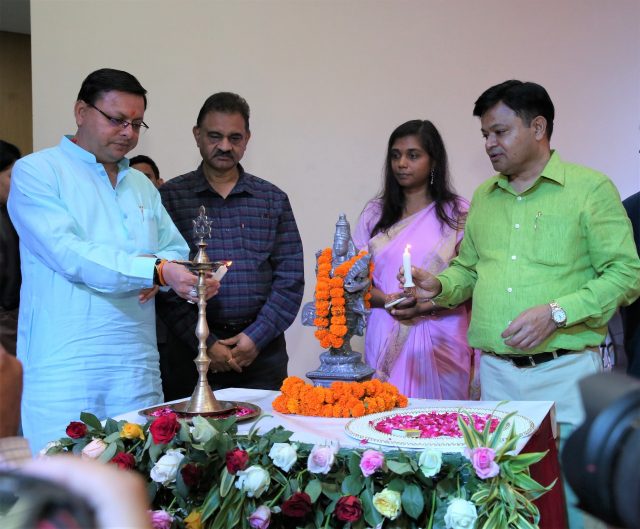 By Our  Staff Reporter

Dehradun, 22 Jun: Chief Minister Pushkar Singh Dhami, today, called for adopting resolutions to take the state forward in every field while addressing the gathering after inaugurating the 15th and 16th Uttarakhand State Science and Technology Congress in Graphic Era.

He expressed the hope that from this three-day brainstorming by scientists, an elixir of knowledge would emerge that would take the country and the state forward. 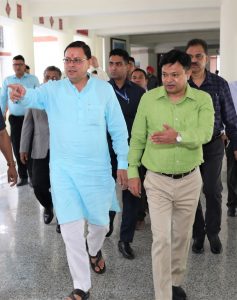 Chief Minister Dhami asserted that the new education policy is connected with the nation’s culture and heritage. The new education policy has been implemented in the country under the leadership of Prime Minister Narendra Modi. It has been prepared keeping in mind every aspect to ensure a happy future for the youth. India has been the land of knowledge and science since ancient times as seen in the Nalanda and Takshila Universities of those times.

Congratulating the scientists of the country, he said that two indigenous vaccines were prepared after research and testing during the Corona period. Providing two doses of vaccine and a third booster dose in the whole country was not a small challenge, it became possible only under the leadership of Prime Minister Mode. Along with this, the vaccine was also made available to other countries. He said the example of ‘Vasudhaiva Kutumbakam’, which originated from the Sanatan ideology of considering the whole world as one family, was seen during the Covid crisis. Due to this, the respect for the country has increased in the whole world.

Dhami reiterated that technology needs to be used in every field, be it that of business or administration. In the year 2025, when the Silver Jubilee of the state would be celebrated, Uttarakhand would be included among the best performing states of the country. For this everyone, would have to work together. The knowledge that would emerge from the Science Congress would provide new zeal and energy that would take the state further.

Dhami invited suggestions from all the scientists and researchers on how to make Uttarakhand a leading state by the year 2025. He claimed the government is preparing the roadmap for the future by taking the views of experts in every field because it is the responsibility of all.

State Information Technology Secretary Sowjanya said that, till now, only three science cities have been built in the country. Now a science city would soon be built in Dehradun. She said that 500 research abstracts related to 17 different subjects had been submitted to the Science and Technology Congress and 496 scientists and researchers from different parts of the country are participating. Of these, the number of female participants is 301. She also provided information about the technical sessions to be organised during the three-day Congress.

UCOST Director General Dr Rajendra Dobhal, said in his address that technical sessions on Electronic Waste Management, Skill Science, Biotech, COVID, Science Communication and Water would be organised at the Science and Technology Congress. More than 250 research and development programmes are being run, while four more science centers are being planned in the state. He thanked Graphic Era for organising this Congress.

Dr Kamal Ghanshala, President, Graphic Era Group of Institutions, declared that Chief Minister Dhami communicated a feeling of fresh energy. The talents of Uttarakhand in science and all other fields are gaining respect at the world level. It is necessary to connect these with Uttarakhand as it would accelerate the pace of development in the state. A portrait of the Chief Minister was presented to him by Dr Ghanshala, which was made by the Faculty of Fine Arts of the University.

On the occasion of Science and Technology Congress, an exhibition of new discoveries by students’ startups was also organised at Graphic Era. Chief Minister Pushkar Singh Dhami interacted with the alumni and entrepreneurs who have made their mark in the country by setting up a drone manufacturing company. He visited many stalls and inquired about the techniques and products.