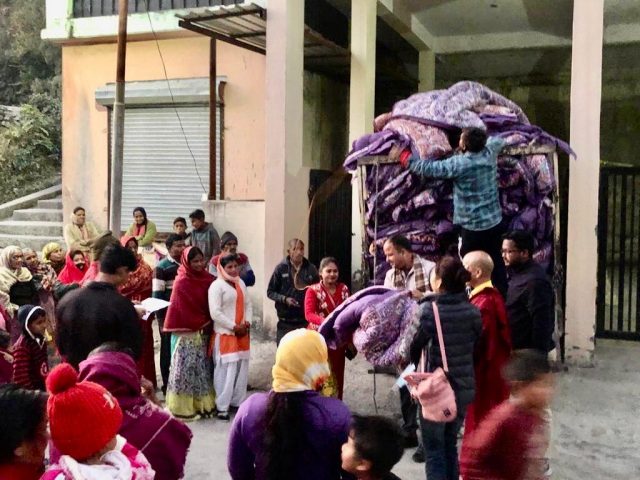 DEHRADUN, 10 Dec: In the absence of Chief Minister Pushkar Singh Dhami, who also holds the charge of Finance and who was in Delhi to attend the last rites of General Bipin Rawat, Parliamentary Affairs Minister Banshidhar Bhagat presented the second supplementary budget for the current financial year (202122), today. Bhagat tabled the supplementary demands to the tune of Rs 1,353.798 crores in the House on the second day of the winter session of the State Assembly. The Demand for Grants was tabled in the post lunch sitting of the House by Bhagat. The supplementary budget will be passed on Saturday, which is likely to be the ultimate day of the winter session and probably the last day of the current Assembly term. As per the supplementary budget tabled by the Parliamentary Affairs Minister, a provision of Rs 1168.9082 crores has been made in the revenue account and Rs 184.8826 crores in the capital account. Out of the total 11 demands for grants, the maximum provision of Rs 668.36 crores has been made under the head of revenue and general administration. This amount is intended to reimburse the expenses of SDRF, Disaster Relief Fund. A provision of Rs 21,028 crores has been made under the head finance, tax, planning, secretariat and other services. This amount is provisioned to be spent for transfer of State Development Loans, Resident Commissioner New Delhi Establishment and Directorate of Environment. An amount of 104.67 crores has been made for the Rural Development Department, under which the repair work of PMGSY roads would be carried out and funds will be made available under MLA Local Area Development Fund (as reimbursement). A provision of Rs 104 crores has been made for information. An amount of Rs 150 crores has been provisioned for the Public Works Department. With this, the work of repair of roads and culverts of the state, and ongoing construction schemes of the state sector are to be done. In addition, a provision of Rs 13.882 crores has been made for transport department to be used for payment of loan on behalf of Uttarakhand Transport Corporation. Under the Capital expenditure, an amount of Rs 54.67 crores has been provisioned in Rural development, Rs 100 crores in PWD, Rs 13.88 crores in transport, Rs 13.49 crores towards welfare of scheduled castes, and Rs 2.84 crore for scheduled tribe welfare has been made The department wise provisions made as under (In thousands)Administration of Law &Justice – Rs (thousands) 17165, Revenue and General Administration- Rs thousands) 6683600 Finance, Tax, Planning Secretariat and other services-Rs (thousands), 2102800, In Education, Sports and Youth Welfare and Culture -Rs (thousands) 2500, Information Rs (thousands) 1040000, in Welfare Schemes – Rs (thousands) 838000, In Rural Development- Rs (thousand) 1046700, In Public Works Department- Rs (thousands) 1500000, In Transportation- Rs (thousands) 138826 The Main Provisions of Supplementary Budget included Provision of Rs 668.36 crores for SDAF under Disaster Relief Fund; Inter-departmental expenditure and subsidies of Directorate of Environment of 10 crores; Rs 80 crore for Nanda Gaura Yojana; Rs 50 crores for repair of roads under Pradhan Mantri Gram Sadak Yojana and Rs 100 crores for the construction of ongoing roads of the state sector of the state sector.