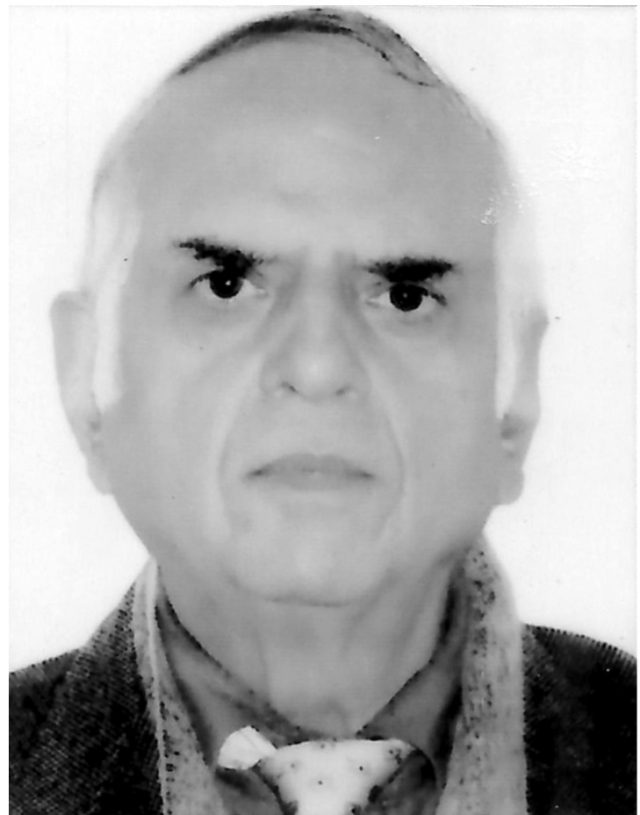 A tribute by Raj Kanwar

Dr Bhim S Pandhi, Dehradun’s celebrated consultant physician, died here on Monday. He had been ailing for more than a couple of years and was wheelchair- bound for the past few months. His devoted wife of 53 years, Florence, was by his bedside. He was 86.

Dr Bhim Pandhi was cremated Tuesday morning at the Nala Pani cremation grounds in the presence of a large number of friends, well wishers and admirers. His Mumbai-based son Arun lit the pyre.

Dr Pandhi had completed 52 years of practice as a consultant physician. Only in January 2019, he had celebrated 50 years of his uninterrupted golden practice. Suave and amiable in his disposition, he was equally popular with his patients and peers, alike.

Born on 17 September 1935 to a politician-cum-real estate agent of Mussoorie, Bhim was the youngest of the five siblings, two sisters and three brothers. The oldest was the well known journalist SP Pandhi, founder-editor of The Himachal Times.

After having completed his schooling from Rama Devi School in Mussoorie and intermediate from Dehradun’s DAV College, Bhim joined the King George’s Medical College, Lucknow, from where he graduated in Medicine in 1958. He did his internship in Boston, USA. Thereafter, he spent nine years in England during which he obtained a Diploma in Child Health (DCH) in 1961 from Glasgow and then passed his membership of the Royal College of Physicians (MRCP) in 1968. It was there that he met his future wife Florence. He could have stayed on in England to practice Medicine but his longing to serve his motherland brought him back to India in 1968. His marriage with Florence was solemnised with much fanfare in November 1968 in Mussoorie.

First postgraduate to start private practice
Dr Pandhi enjoyed the rare distinction of being the first full time postgraduate to have started private practice in Dehradun and was also the first Fellow in 1985 of the Royal College of Physicians in whole of Northwest India. Further, he was actively involved with various social and professional organisations and Service clubs including the Rotary Club. He was also the recipient of the Fellowship of Indian Medical Association (IMA) Academy of Medical Specialists in 1985 and honorary fellowship of IMA, CGP in 1999.

World class Blood Bank in the state
Dr Pandhi, together with some of his colleagues at the Indian Medical Association, was instrumental in setting up a world class Blood Bank in Uttarakhand; the Blood Bank Society was formally registered on 23 April 2003 with Dr Pandhi as its first president. It was due to his efforts that the late Subir Raha, the then C&MD of ONGC, gifted to IMA 1800 square metres of prime land for construction of the Blood Bank. The IMA Blood Bank of Uttarakhand was formally inaugurated on 30 May, 2006. It is today one of the best Blood Banks in the country. Dr Pandhi was also President of the Uttaranchal Blood Bank Society – a state-of-the-art international standard project based in Dehradun. Keeping in view his vast experience, the state government had nominated him President of the Uttaranchal Medical Council. He was also a member of the governing body of Uttaranchal State Medical Faculty.

Dr Pandhi, together with his wife Florence was a keen environmentalist. In fact, Florence, in her own right, is keenly involved in environmental issues. Dr Pandhi had been the Chairman of the IMA Standing Committee for Control of Pollution. He was also the patron of several trusts and societies. Dr Pandhi also wrote for various regional and national newspapers, magazines and medical journals and was also on the editorial boards of some of these journals.

Dr Pandhi was the recipient of several awards such as Pride of Uttaranchal by Doon Citizens’ Council, HN Shivpuri Award at Lucknow in 1997, Technocrats Society of India 1998, Lifetime Achievement Award for services to IMA in 2000 at Kolkata, Dr AP Shukla Memorial Award at Trivandrum and the prestigious National Award for Lifelong Services to Medical Profession at Bhubaneswar in 2004. The Indian Medical Association, Dehradun had declared him as its Bhisham Pitamah and also conferred on the Pandhi couple the Award of the Millennium.

He leaves behind sons Ajay and Arun. Ajay lives in Canada and Arun in Mumbai.