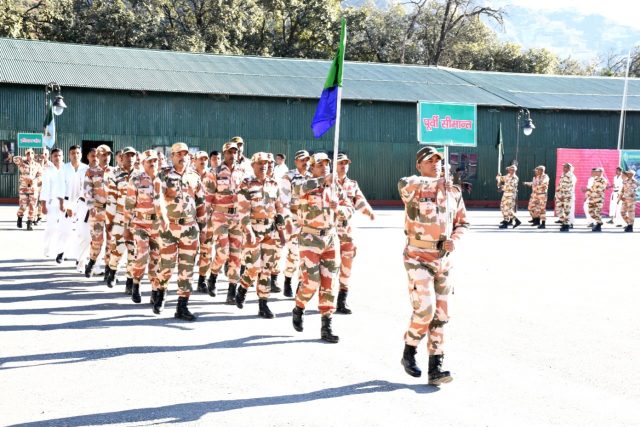 Five border teams of Indo Tibetan Border Police Force Academy are participating in this competition. The Indo-Tibetan Border Police is a strong and efficient border guarding force of the country deployed along the India-China border. The force has always been organising inter-frontier competitions for the purpose of sharpening the skills of the jawans to keep them ready at all times for natural calamities, hill terrain, accidents and war like situations. The objective of this competition is to identify and use various ammunition, mechanisms and explosives to identify targets that can take lives, to practice and demonstrate the prevention that can be done before the occurrence of the explosion and the techniques to reduce the potential damage after the incident. It is worth mentioning that martial arts like karate have been a part of the training of the force since its inception. The force has established many records in national and international level competitions. At present, there are thousands of Black Belts and Brown Belts in Karate in this force.